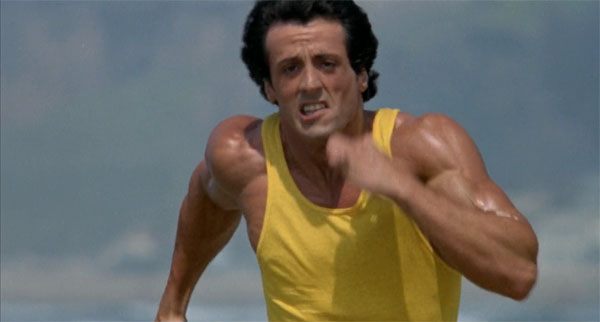 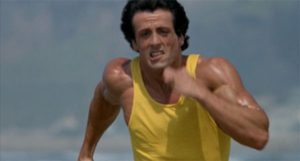 This is one of the MOST MOTIVATIONAL life stories I have come across.

Sylvestar Stallone is one the most famous American Movie stars.. With characters like Rocky and Rambo he is a household name in the hearts of millions.

During birth, a wrong gynecological procedure caused Stallone to have one sided paralysis.

At school, his middle class being and his facial paralysis became a think for others to make fun off.

He joined body-building because he wanted to frighten those who bullied him.

Slowly he started thinking of a career in movies.

Around 1974, he had a pregnant wife, a dog that he loved a lot, a lot of bills to pay and no success in his movie career.

What he still had was a belief in his dream that he will make it big.

Soon a time came when he went broke. He was heavily under debt. Restless, anxious, stressed and still loaded with hope that he will make it big.

Things got so bad that he had sell his wife’s jewelry and ended homeless. Sleeping at the New York Bus station for 3 days.

The cold American winter forced him to choose between electricity and his dog. He stood outside a local store and sold his dog for $25.

Two weeks later, on TV he watched a boxing match between Mohammed Ali and Chuck Wepner. That match was like a flash of divine inspiration… For the next 20 hours he sat and wrote the script of what today is a cult movie, ROCKY.

In the words of stallone himself, “After nearly 1500 rejections”, he got a production house to offer $125,000 for the script.

Despite the poverty, pains, pregnant wife and lost dog… His dream was to STAR in the movie has the MAIN LEAD.

In an era when hero’s were common man and spoke fluently, a body builder with a facial paralysis that made him stammer while speaking.. Made Stallone the wrong choice for any role.
The studio Bluntly rejected his offer… And Stallone went back home with another failure.

A few weeks later,the studio offered him $250,000 for the just the script, and not him.
He refused.
Soon they offered $350,000 for the script but not him.
At that time everyone was pushing him to accept.. It would be MAD not to do so.. He was making a fortune. He still refused.

Someone in the studio really loved his script, and as fortune favors the brave.. They finally accepted to $35,000 for the script and him as the lead star.

The rest as they say is history!
The movie was made for $1 million and went to make around $200 million.
It won the Oscar for Best Picture, Best Directing and Best Film Editing.
Stallone was a “bankable” hero for the next 20yrs, till the late 90’s… with his movies having made billions of dollars.

He stood outside the liquor store were he sold his dog for 3 days. Identified the man who had bought it, and finally got him back for $15,000.

KNOW WHAT YOU ARE CAPABLE OFF…
DON’T DREAM SOMETHING THAT’S ABSURD.. HAVE A REALISTIC DREAM BASED ON WHAT YOU CAN DO.
MAKE SURE ITS A VALID DREAM… AND THEN BELIEVE IN THE DREAM.
LOVE THE DREAM.
LOVE YOURSELF FOR THE DREAM.

TIMES WILL BE BAD.. REALLY BAD…
YOU MIGHT BE WITHOUT A JOB.
YOU MIGHT BE LIVING ON CREDIT CARDS.
YOUR RELATIONSHIPS MIGHT BE DESTROYED.
YOUR LOVED ONES MIGHT WALK AWAY FORM YOUR LIFE.
PEOPLE WILL MAKE FUN OF YOU.

YOU CAN GET EVERYTHING BACK… JOB, FAMILY, FRIENDS, RESPECT.. BUT BELIEVE IN YOURSELF AND YOUR CAPACITIES.

AND IN THE WORDS OF ROCKY BALBOA –
“Let me tell you something you already know. The world ain’t all sunshine and rainbows. It’s a very mean and nasty place and I don’t care how tough you are it will beat you to your knees and keep you there permanently if you let it. You, me, or nobody is gonna hit as hard as life. But it ain’t about how hard ya hit. It’s about how hard you can get hit and keep moving forward. How much you can take and keep moving forward. That’s how winning is done!”
― Sylvester Stallone, Rocky Balboa

How long can you keep hatred in your heart?

The dead don’t know everything!