Ever hear something so remarkably fantastic it’s almost hard to believe? Something that makes you question everything you’ve ever known? Or something that completely blows your mind!? It’s always been said you should ‘learn something new every day’, so below you’ll find 16+ incredible facts you may not have known beforehand.

16+ Remarkable Facts That Will Blow Your Mind…

The human body is always shedding and replacing it’s cells nonstop. So much so that every 7-10 years (depending on your size), the entire body will have replaced itself. Every new atom created is different than the ones before, meaning you have no more in common with your previous self than any other human being that has lived or will ever live. This really adds credence to what we consume, which acts as the building blocks for these cells. Will you choose healthy foods/cells, or cancer-causing foods/cells? Yet despite actual somatic body cells, there are more bacteria cells than anything else.

The average person walks an equivalent of three times around the World in a lifetime. Plus, if every person in China walked past you in a single file line, it would take roughly 30 years given their rate of reproduction and population.

Would you believe that a speck of dust is halfway between the size of planet Earth and a subatomic particle? It’s true. However, an atom is about 99.99% empty space. This makes everything in the Universe mostly nothing, or as some scientists would call it – dark matter. Furthermore, there are more atoms in a glass of water than there are glasses of water in all of Earth’s oceans. Yet if all the oxygen on Earth disappeared for only 5 seconds, the ocean’s hydrogen atoms would be set free, evaporating them completely into space.(1)

A single sperm can carry about 37.5 MB of DNA information. Upon ejaculation, around 1,500 TB of data transfer takes place. Certain male species even have two penises, such as the koala, komodo dragon, and iguana. Whereas female kangaroos sport an impressive three vaginas. Yet one of the strangest reproductive organs is used by the octopus. They reproduce when the male octopus rips off his mating arm, places it inside the female, then swims away somewhere to die. Furthermore, the human male testicles resting temperature is about 35 degrees Celsius (95 degrees Fahrenheit). Thus, on a hot day – it’s literally ‘hot as balls’ out.

Hitting the lottery is incredibly lucky. In fact, the chance of dying while on your way to buying a lottery ticket is much higher than hitting the lottery itself due to the hundreds of thousands of potentialities that could occur.

Remarkably, the most common ancestor between humans and mushrooms is more recent than that of mushrooms and plants.(2)  Remember that the next time you chop up mushrooms for a meal.

Many if not most alcohols contain 13 minerals necessary for human life, plus contain no carbohydrates, fats, or cholesterol. A glass of wine or beer a day may be more beneficial than originally thought. However these health benefits quickly decline after having more than a few glasses. As a side note, approximately 1% of the World’s population is drunk at any given moment.

Dragonflies may have legs, but they actually can’t walk, only fly and land. Also, in a population of clown fish, if the female dies or is removed, the most dominant male will become female.

Cashews grow from a fruit called cashew apples,  they also go by the Spanish name marañón. It’s considered an accessory fruit because the cashew nut (which is actually a seed) hangs from the bottom of the fruit and grows from tissue other than the ovary of the flower.(3) 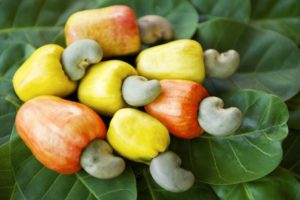 It takes about 80 milliseconds for the brain the process information, plus it takes time for light from an object to reach the eyes. This would indicate we’re never truly living in the exact ‘now’. Instead, we’re experiencing life through a delay of 80 milliseconds, or about a fraction of a second. Furthermore, light from stars take years to travel all the way through the Universe before it reaches us (the amount of years depends on how near or far the stars are to Earth). Thus when looking at the night sky, we’re technically seeing the stars as they looked years ago instead of how they may potentially look right now.

The depths of Lake Superior are so deep they could cover all of North and South America in one foot of water.

The Tyrannosaurus Rex is closer in history to us, than to when the Stegosaurus roamed the Earth. Furthermore, Cleopatra lived closer to the first Moon landing than to the construction of the pyramids.

If a pregnant woman were to suffer organ damage such as a heart attack during the gestation period, the fetus sends stem cells to the damaged organ to help repair it.

There are more stars in the visible Universe than there are grains of sand on all the beaches of Earth! Considering this is just the visible Universe (what we can see given our levels of technology), and does not include the Universe we don’t yet know about, is impressive. Plus, we are constantly flying through space! As the Earth rotates the Sun which is spinning around the galaxy, we are always in constant motion. Yet we don’t feel effects from this thanks to gravity.

In the cerebral cortex of the brain alone, there are about 125 trillion synapses. If each of these were a star, they would fill 1,500 Milky Way Galaxies.(4,5)  Not to mention how technically, the brain has actually named itself.