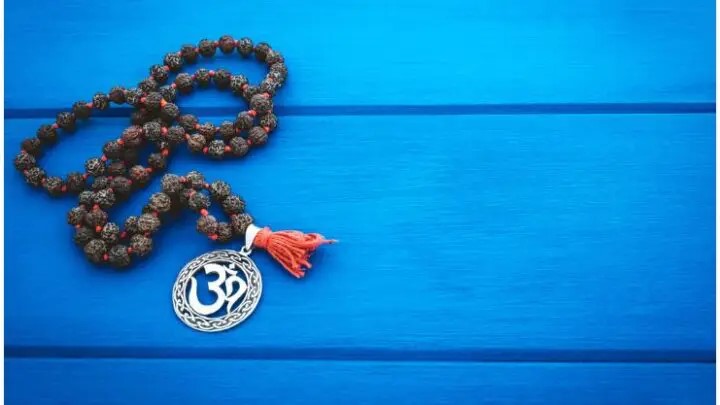 Undoubtedly, humans act in strange sometimes foolish ways — and the planet is filled with methods that challenge every one of us.

Protection is a natural survival instinct innate in all humans and animals alike. One could say it’s a tale as old as time.

To get through the unknown, treacherous times in life, our need for survival burns brightly. Our ancestors were no different.

Over the years, the myriad of protection symbols has been compiled and used by many religions, tribes, and belief systems.

If you’re actively seeking one, it can feel daunting to pick the right one.

Exploring all the types is near-on impossible if you don’t understand the origins or their true meaning.

In this article, we are going to dive into this labyrinth so you can get a feel for the correct ancient protection symbols for you.

The triquetra is a three-pointed symbol

Triquetra, also known as the Trinity Knot or Celtic Triangle, is a tri-cornered shape made of 3 interconnected or overlapping arcs with pointed outer sections that resemble a three-cornered knot.

The triquetra is considered to represent the triplicities of the body, mind, and soul.

The Crescent Moon is a symbol of power, which is seen in religious symbols and even the flags of some nations.

It was the symbol of two great goddesses – Isis and her daughter-in-law Hathor, the cow goddess.

Om symbolizes the most profound concepts of universal creation, including the 3 stages of existence (birth, life, and death).

According to Hinduism, this symbol is the first sound of creation, and therefore very sacred to the whole world as we know it.

The Om sound is an incantation to pay homage to the powers which allow the very existence of the universe we are in.

The Eye of Horus

Known also as the Wadjet, the Eye of Horus is believed to provide health, protection, and rejuvenation.

It is said that Egyptian sailors painted the symbol on the bows of their boats before setting sail on long and perilous voyages.

Many people wear the symbol as an amulet to protect themselves from envious and ill-wishing people.

Also known as the Triskele, Triple Spiral is a complex ancient Celtic symbol. It is believed to represent a tale of forward motion to reach understanding.

It is one of the most common elements of Celtic art; the Triskele is found in a variety of styles in both modern and ancient Celtic art.

In medieval times, the symbol appeared on Celtic Christian crosses and illuminated manuscripts, representing the Trinity.

The hexagram is associated with the Biblical Solomon, best known as the Star of David in the Jewish religion. In Christianity, it is also called the star of creation.

In addition, six-pointed stars have been found in cosmological diagrams in Jainism, Buddhism, and Hinduism.

It was used as a symbol of protection. From ancient times, the symbol of the crossed spears has appeared in many cultures.

It blocks the actions of an enemy and puts up a barricade.

Also, it is one of the 8 witches’ runes where it stood for disagreements.

The triple moon is a symbol that is associated with feminine mystery, energy, and psychic abilities.

The symbol has been adopted by most Wiccans, Pagans, and Neopagans as a sacred symbol.

It shows different portions of the lunar cycle, with the moon in 3 phases – waxing, full, and waning.

The Pentacle has been one of the most persistent and powerful symbols in our history.

It is the symbol of harmony, unity, love, and community.

The pentacle is often used as a magical plate upon which objects are placed to be magically charged or presented as ritual offerings and objects.

This symbol is actually a unification of two powerful symbols – a cross, representing crossed fire-sticks, within a circle, representing the Sun.

Christians use the solar cross as a symbol of power as opposed to earth, which is a link back to its original use.

Astrologists use the solar cross to represent the Earth. Also, alchemists used it as a symbol for copper alloys, that is associated with the Earth.

The Phoenix is about overcoming darkness and rising to the challenge to become powerful.

The Phoenix is an important Christian symbol and represents the death of Christ and his resurrection from the dead.

The earliest depiction of this symbol can be found on ancient monuments in the ancient Kingdom of the Hittites.

The two heads were meant as a symbol of the spiritual and physical power of the Byzantine Emperor.

The horseshoe is one of the most well-known good luck symbols of the Western world.

Some believe that a horseshoe with the two ends pointing up collects good luck and keeps it from falling out. Witches were believed to fear horses, so hanging a horseshoe warded them off.

The ankh is an ancient Egyptian hieroglyphic symbol that was most often used in writing and in art to describe the word for “life.” It also represented insight and wisdom on the highest level.

The Italian horn, also known as cornetto, cornicello, or corno, is an amulet that is worn as a protective tool against bad omens and evil.

Some people believe the horn shape is based on the African eland’s horn, as the twisted shape is similar to this animal’s horns.

A Bindrune is created by combining 2 or more ancient Viking Runes into a single symbol.

A shielding bindrune is used to protect the individual from the energy which flows from others.

The Hamsa is a talisman from the ancient Middle East. The original Hamsa amulet was shaped like a hand with 3 fingers in the middle and the thumb and small finger in a curved shape on either side of the hand.

The symbol offers protection from harm caused by the evil eye. It is also thought that the symbol brings its owner luck, happiness, good fortune, and health.

In Islam, the symbol is called the Hand of Fatima, in honor of one of Prophet Mohammed’s daughters. In Levantine Christianity, the Hamsa is known as the hand of Mother Mary, after Jesus’ mother. Jews might have used the symbol to invoke the hand of God.

The symbol hand is often decorated with fish drawings as fish are traditionally a symbol of good luck.

Why Do Some People Always Get Bitten by Mosquitoes, While Others Don’t?