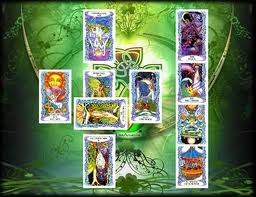 The ancient art of Tarot Reading carries with it a myriad of out-dated and completely unwarranted superstitions. If you’ve ever been told that you should NEVER have a tarot reading when you are pregnant, or that drawing the death card is a preface to your instant, horrific demise, I’m quite comfortable to tell you these myths are far from the truth. This is something all psychics know.
If you ask any experienced Tarot reader if Tarot cards are the devil’s work, you may actually give them cause for a good old belly laugh. Tarot readers can reel off a list of misguided myths they are faced with each day; the most common that Tarot cards are evil and can only be read by psychics and clairvoyants. I’ve heard all of these myths myself, but the more I work with Tarot cards, the greater my understanding grows of the true meaning and capabilities of this ageless psychic tool.
I find it fascinating when using Tarot cards in a group of people who are unfamiliar with this ancient art. The death card always causes an audible gasp followed by a horrified cry: ‘Oh, you got the death card!’ In fact, the death card is not at all what it seems, and it is only one example of the incorrect meaning applied to many cards in the Tarot deck. I’m then inclined to explain the correct meaning of each card, and convince the ‘unfortunate’ death card recipient that it is not time to prepare for the next life. Clearly, my reassurance is met with obvious relief.
A Tarot deck consists of 78 cards. Most traditional Tarot cards are made of wood pulp and printer’s ink, shaped into cards with an image on one side and a pattern on the other. This is exactly what a Tarot card is and what it will always be. Even the digital images on a modern deck of cards are simply a representation of symbols, a picture or art work. What is important is the meaning of each symbol on each specific card.
Tarot reading has evolved throughout history, with origins in the 1500s. Their use as a psychic tool for divination is unclear, but over time human kind has used many different tools to see into the future. In ancient times, people would throw animal bones and chicken entrails, dice and runes, not to mention consuming drugs derived from plants. Even now, psychics can read tealeaf remains of a cup of tea.
Most of this superstition is relatively recent, gathering momentum throughout the last century with the popularity of film and television and a rising interest in the possibilities of Tarot. These many myths have taken a life of their own, embroidered and embellished over the passing of time.
Here we debunk the many unsubstantiated Tarot myths: 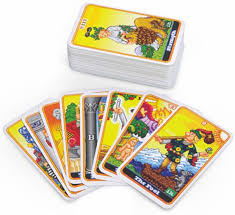 1. Never buy your own Tarot cards
If this superstition was true, I’d have never learnt the art. I can’t tell you where this myth originated, but regardless that’s all it is. It’s actually important to choose your own cards, as your intuition will draw you to the ones most suited. There are many places to buy Tarot cards, such as book stores, gift stores and even online. There are also many varieties! Enjoy searching for the ones that were meant for you.

2. Don’t Let Others Use Or Even TOUCH Your Tarot Cards
It’s one thing to value your cards so much you don’t want them flicked through by just anyone. However, it’s another to fear that the touch of another will bring bad luck to your Tarot deck. I actually encourage people to look through my cards. It helps them to become more familiar with the different images and symbols, and feel more comfortable about the potential of a Tarot reading.

3. Psychics Are The Only People Who Can Read Tarot Cards
Whilst it does enrich the Tarot reading if the reader is a psychic, clairvoyant or highly intuitive anyone can learn the art of reading Tarot cards. Most people require formal training and engage in regular practise to build their intuition to a professional level, however some people pick up the art of Tarot reading with ease. With the right resources, you can even teach yourself to read.
In fact anyone in the world can develop the art of Tarot reading. From doctors, specialists and psychologists to police, mathematicians and business people.
And no matter who you are, there is a deck out there for everyone. There is a huge range of Tarot cards available, from wizards and fairies to themed cards such as Lord of the Rings! Just take a look on-line and you’ll see exactly what I mean.

4. Tarot Cards are Magical
It’s lovely to believe in magic. But if you think Tarot cards are magic, sadly you have been misled. Tarot cards are made en masse in a factory and packaged in plastic before making the trip to a store near you. They are just ink and paper. It is the psychic abilities and intuition of the reader that gives Tarot cards their sense of mystery. The images and signals triggers cues and clues as to the life and future of the recipient. Magic does not play a part. 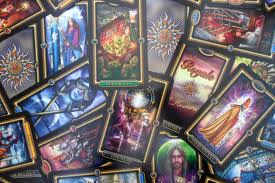 5.Tarot Cards are Evil
Tarot cards are not evil. The death card is not a bad omen. Forget everything you have heard about this unsubstantiated rubbish! At the end of the day, a Tarot card is just a card. A skilled Tarot reader will use the cards to assist them in a reading; to enlighten the recipient and provide them with guidance for the future in a myriad of ways. It is not possible to use these cards for evil purposes unless the reader has bad intentions and deliberately misguides the receiver of the reading. Have you ever heard of a manufacturer with the power to instil True Evil into a deck of Tarot cards?

6. The Tarot Was Invented By Gypsies
This is folklore. No evidence in history suggests that the tarot was invented by gypsies. The exact origin of the Tarot is unsure. However, it is popular belief that Tarot evolved in Europe around the 15th century. Valuable, hand painted cards were created for distinguished aristocrats, and then less expensive versions were mass produced for the public at large.

7. The Tarot Cards Are Always Right
A reading by a highly attuned psychic, clairvoyant or intuitive will reveal the possibilities of your future. However, the reality depends on you. The choices you make determine the twist and turns of the days ahead of you. To say the Tarot Cards are always right is a little misguided.

8. Tarot Cards Originated In Egypt
A rumour that originated by Court de Gébelin, Tarot cards were mistakenly interpreted into two Egyptian words. It was understood that they meant ‘Tarot’ but when Rosetta Stone translated this in the 1700s, it became clear that this original assumption was a mistake. 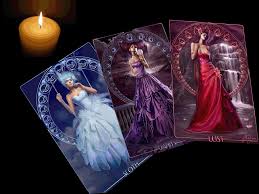 9. Tarot Cards Can’t Be Read Over The Phone
Oh yes they can! I do it all the time. They can be read over the internet too. For a skilled psychic or clairvoyant, no medium will come between their skills and the recipient. The clients asks a question and the Tarot reader shuffles the cards, and the reader interprets each one. Regardless of the way in which the Tarot reading is conducted, the answer will be the same.

10. Cats Drain Your Psychic Ability
Huh? I guess this is not necessarily so odd considering black cats are historically the cause of similar superstition. Regardless of how many cats you have within the boundary of your property, you can rest assured your psychic abilities will not suffer under their influence.

11. Pregnant Women Must NEVER Read Tarot Cards
If pregnant women should not read Tarot cards, we should petition for a Health Warning on the packet similar to cigarettes. Pregnant women just as much reason to engage in a Tarot reading as the rest of us; in fact, the impending birth of a new child may give them even more desire to delve into the future.

12. You Cannot Conduct A Tarot Reading For Yourself
Whilst it can be challenging to remain detached from your responses, it is possible to read your own Tarot. Writing it down ensures you can double check it after. Compare your cards to a response in a trusted Tarot book. This is a great way to ensure you are impartial to the response. 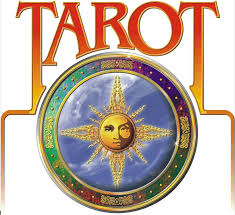 13. Your Tarot Cards Must be Wrapped In Silk
If you like to wrap your Tarot Cards in silk, go ahead! Velvet? Lycra? Go for it! You can wrap your cards in anything you like, but it won’t change the ‘power’ of the cards. I store my cards in a lunch container! It keeps them safe and sound and the high quality of my readings remains the same.

14. Tarot Cards Are The Work Of The Devil
Tarot cards are evil, the work of the devil.. there are many ways to say it, but this myth remains untrue. People who WANT to see evil, will see evil. It’s a self-fulfilling prophecy. But tarot readers help their clients, they guide them on a path to enlightenment and they give them the answers they are looking for to make decisions and get results. Tarot card readers may be professional business people, they may be doctors, nurses, scientists, counsellors. You name it! The devil is in the eye of the beholder.

15. Tarot Cards Are Occult
The definition of occult is ‘hidden’. The world occult has been misused over the years and is widely misunderstood. As mentioned earlier, Tarot Cards originated as playing cards in the 15th century, and gained popularity for the symbolic meaning they represented for the recipient. 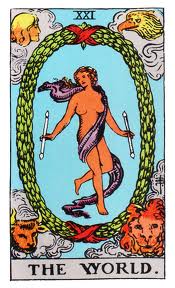 16. The Death Card Means You Are Going To Die
Contrary to popular belief, the death card represents change. It may mean the end of one job, and the beginning of another. The end of a relationship and the opportunity for new love. Are you relieved? Well, you should be. The death card means there is opportunity to change your path and move towards the next stage of your life.

17. You Can’t Trust Tarot Readers
It’s ignorant to target an entire group of people and make an unsubstantiated statement such as this. In every profession you will come across people you cannot trust. However there is no reason you Tarot reader is one of them. Choose a Tarot reader you feel comfortable with. Word of mouth is a perfect way to find someone you trust to read your cards! If you are choosing a Tarot reader online, read their reviews to get a feel for client feedback. Trust your intuition – you will know when you have found the right person.

18. Reversed Cards Are Always Bad
This is also an unfounded superstition. There are 78 upright meanings that are obvious and clear, and there are also 78 reverse meanings that are not so obvious but can be just as enlightening. By ignoring the reverse cards, you will deny yourself of a complete reading. If you are unsure of the meaning of reverse cards, extend your knowledge by undertaking some extra research and study the alternate significance of the cards. Reverse cards can be just as positive as the other 78 cards!
So there you have it; 18 Tarot card myths debunked. Next time you hear one of these statements made by a friend or acquaintance, do them a favour and put them straight. Send them this article if you think it will help. They can only benefit from the knowledge that they can adopt a new cat AND engage in a reading with a baby on the way!

Why you don’t have to be afraid of Ouiji boards!