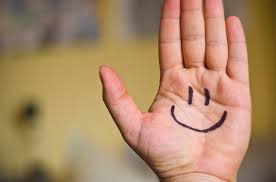 IF YOUR AMBITION is to lead a satisfying life, your best bet is to cultivate connection. Studies show that people who enjoy rich ties with friends and family are happier, have fewer health problems, and are more resilient. When it comes to relationship advice, it’s also wise to approach conventional wisdom with a critical eye. We’ve culled the data, consulted the experts, and arrived at five essential lessons that depart from hand-me-down norms.

The idea that we can fix perceived flaws in our partners, friends, parents, and grown children remains tantalizing. Decades ago, the musical Guys and Dolls lampooned this notion with the lyrics, “Marry the man today, and change his ways tomorrow.”

A healthy dose of ego often convinces us that our way of looking at things is right, but trying to “correct” someone else usually backfires, says psychologist Paul Coleman, author of “We Need to Talk”: Tough Conversations with Your Spouse. “It implies that we’re coming from a more enlightened place, that we have a deeper knowledge of what’s best,” he says. The other person may get the message that he or she isn’t good enough and become resentful.

A healthier approach: “Look inward to fix the problem,” says Northwestern University psychologist Eli Finkel. If your partner hates large gatherings, consider attending the next party solo so he doesn’t have to make forced conversation and you don’t have to leave early. Or if your son says he wants to forgo college for now, try to express enthusiasm for his budding career as a nature guide instead of bombarding him with school rankings. This involves the recognition that you’ll never be in sync about some matters. “You have to say, ‘We have this permanent difference, but we need to learn to live with each other,’” Coleman says.

Parents who hover relentlessly provoke eye rolls from developmental experts and teachers alike. You can see these parents sprinting to the swings to right a playground injustice or e-mailing schools incessantly.

“There’s a huge distrust in society’s institutions that pushes people to overparent,” says Hara Estroff Marano, author of A Nation of Wimps. “Parents also lack trust in children’s desire to be competent and don’t accept that nature will influence the course of development,” she says. The compulsion to intervene becomes stronger if parents view kids as surrogates for the fulfillment of their own dreams, says retired Tufts University child psychologist David Elkind, author of The Power of Play.

But regularly stepping in to protect kids from stress may hurt them in the long run. Michelle Givertz, assistant professor of communication studies at California State University, Chico, has studied hundreds of parent–young adult pairs and found that overparenting leads to depression-prone, aimless kids (and ultimately, adults) who lack the ability to achieve goals.

Parental overinvolvement is also associated with entitlement, Givertz says. Kids who are used to getting everything they need without exerting any effort may think, I’m entitled to everything, but I don’t have the abilities to achieve what I want.

It’s better to let kids live with occasional disappointment and resolve their own problems as much as possible, while assuring them that their feelings are heard (even if you’re the one saying no) and that you’re available for moral support. Trust in their capability to tackle obstacles. “Our job as parents is to help kids become self-sufficient,” Givertz says.

The key to a happy, healthy relationship is choosing someone who is, quite frankly, a lot like you—a person who validates your views and habits. Studies have repeatedly underscored the importance of shared values, personality traits, economic backgrounds, and religion, as well as closeness in age.

Glenn Wilson, a psychologist and a professor at Gresham College in London, developed a compatibility questionnaire covering lifestyle, politics, child rearing, morality, and finances. He found that partners who answer comparably are more apt to report satisfaction. Still, he says, “when couples are overly similar, it can be a bit of a brother-sister relationship—too predictable, without a lot of novelty.”

So what’s the happy medium? Seek a partner whose passions differ enough from yours to expand your experience, but with whom you’re aligned on big-picture issues: how to show affection, what constitutes a moral life, and how to raise children.

We’ve all heard the usual advice for living longer: Exercise, don’t smoke, limit junk food. But friendships are just as important. “The higher the quantity and quality of your relationships, the longer you’ll live,” says Bert Uchino, a psychologist at the University of Utah.

Julianne Holt-Lunstad of Brigham Young University collected data from 148 studies analyzing the relationship between health and human interaction. She found that, over a period of about seven years, people with active social lives were 50 percent less likely to die of any cause than their nonsocial counterparts. A low level of social interaction has the same negative effect as smoking 15 cigarettes a day.

Psychologist Sheldon Cohen of Carnegie Mellon University gave subjects nasal drops containing a cold virus; those who reported the greatest diversity of social ties were four times less likely to develop colds than those reporting the least diversity. But the quality of your relationships is just as important, according to Uchino’s research. He recorded the blood pressure of 88 women in a stressful situation (preparing to give a speech) and found that readings spiked less when a close friend was there to offer encouragement. Researchers speculate that the stress associated with weak social support sets off a cascade of damaging reactions. Knowing your friends have your back can help prevent such responses, Cohen says.

Too often, couples assume a relationship is beyond repair when the intense romantic excitement ends and the arguing begins. “The immature part of us loves the idea that compatible people don’t have conflicts,” says psychologist David Schnarch, author of Intimacy & Desire.

But research doesn’t support this. University of Denver psychologist Howard Markman, coauthor of Fighting for Your Marriage, says successful couples argue—it’s how they do it that matters (among other things, happy partners refrain from nasty zingers). Airing grievances lets both people speak their minds and take responsibility for their missteps.

It’s also normal for desire to wane. “Romantic love is when we have this consuming, emotional experience, and it usually lasts about a year and a half,” says Will Meek, a psychologist at the University of Portland. “Deep love comes after we see how imperfect the other is and commit to him or her anyway.”

Rather than get caught up in complaints, psychologist Harriet Lerner, author of Marriage Rules, suggests that you work to restore connection. That might mean initiating something new in your sex life, or perhaps it’s as simple as recycling that pile of boxes that’s been annoying her for months. “People know what warms their partner’s heart,” Lerner says.

From nobody to Super Duper Star