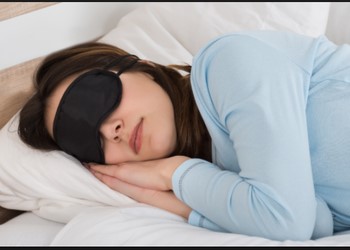 From daily hot showers to brushing schedules, some so-called good habits might actually be bad for you

We all know we should stop smoking, ditch junk food and cut out excessive drinking, but there are other seemingly good habits you should tackle in your daily routine, too

1 Showering daily with hot water
“Most people wash far too much, using piping hot water which combined with harsh soaps, strip the skin of oils, resulting in dryness, cracking and even infection,” consultant dermatologist Dr Nick Lowe says. Skipping showers actually gives your skin some time to repair and replenish natural oil levels, he adds, while having a cooler shower stops the oils in your skin from running off down the plughole.

2 Sleeping in
The notion of getting eight hours of solid sleep could actually leave you feeling more exhausted than those who live with whatever they can grab, according to Professor Jim Horne at Loughborough University’s Sleep Research Centre. “We’ve evolved to have flexible sleep patterns, and fragmented sleep, including daytime napping, can actually be a benefit,” Horne says.

3 Sitting
Nobody ever thought sitting at a desk for hours would do you any good, but the list of negatives might make you think twice about working through your lunch break.

“When muscles, especially the big ones meant for movement, like those in your legs, are immobile, your circulation slows and you burn fewer calories,” explains chartered physiotherapist Sammy Margo. Enzymes responsible for breaking down harmful blood fats start switching off, she says.

4 Breathing
Ask anyone to take in a deep breath and they will no doubt puff out their chest as they inhale. Wrong, says Neil Shah, director of The Stress Management Society. “With chest breathing, we can’t suck in enough fresh air as our lungs have a finite capacity —and it’s the bottom section of the lungs that contains the most efficient blood vessels for gas exchange.” Instead, try to “inflate” your stomach as you breathe in while keeping your chest relatively still.

5 Relaxing after dinner
We’ve all been there — you get home, eat and then relax on the sofa for an hour before heading off to bed. “If you’re generally inactive during the evening when you have your main meal, your body’s more likely to lay down that food as fat,” says Claire MacEvilly, nutritionist at MRC Human Nutrition Research laboratory in Cambridge. “If you take a brisk walk after dinner, there’s no reason at all why eating your evening meal at 9 pm will make you put on weight.”

6 Brushing your teeth after meals
“As we sleep, bacteria and plaque form on our teeth,” explains dental surgeon Dr Philip Stemmer. “The bacteria are then multiplied by the sugar and acid in our breakfast food, which increases the risk of tooth decay. Brushing before you eat removes these bacteria. The best routine is to brush your teeth before meals, and then freshen up and remove excess food after eating using an alcohol-free mouthwash.”

7 Wearing total sunblock
Cancer Research UK recently recommended spending short spells exposed to sunlight to increase our levels of vitamin D. Alongside bone disease in children, a deficiency has been linked to cardiovascular disease, Type 2 diabetes and several cancers, as well as adult bone softening. Although vitamin D can be obtained in small quantities by eating oily fish, eggs and liver, about 80 per cent of what the body needs is obtained when sunlight is absorbed by the skin. Nick Lowe says: “When you’re going out into the sunshine for prolonged periods, don’t bother with anything over 30 as it’s far messier, it offers negligible benefits and you’re much less likely to use it regularly.”.