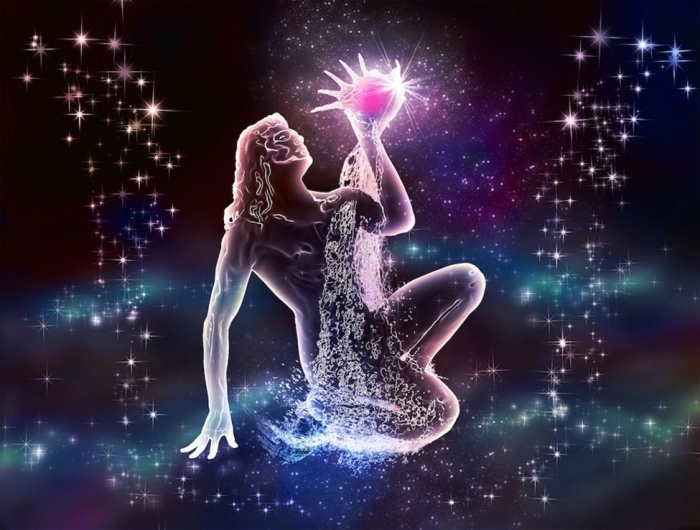 We are having a New Moon in Aquarius on February 11th throughout most of the world and in the morning hours of the 12th in the countries further East. This is initiating a 29.5 day lunar cycle and new wave of energy for the coming month; however, the astrological configurations mentioned throughout this article will be more prominent over the following two weeks. This cycle will include a Full Moon in Virgo on February 26th/27th.

Aquarius season began on January 19th/20th and will last until February 18th/19th when the Sun enters Pisces. Mercury is also retrograde in this sign until the 20th, and will stay there until mid-March as it completes its post-retrograde shadow period. Even though this New Moon occurs during the last week of Aquarius season, some of its themes will carry on into the following month due to this lunar cycle initiating in this sign and Mercury retrograde process happening here.

Aquarius is associated with friends, social networks, the group, the team, humanity, the internet, and what is in the best interest of the collective. It is intellectual, objective, and can be rational yet idealistic at the same time.  Associated with Uranus, it can be unconventional, innovative, original, inventive, progressive, technological, scientific, reforming, and even revolutionary.

Negatively, Aquarius can be overly detached, aloof, unemotional, and very invested in the mind at the expense of the heart. Traditionally ruled by Saturn, it can also be unyielding when it comes to the ideas and perspectives that it has already decided on.

Aquarius’ traditional ruler Saturn (also in Aquarius) will be in a tense square aspect with its modern ‘ruler’ (or sub-ruler) Uranus in Taurus. This will be strong from February 7th-24th, with it making its exact aspect on the 17th/18th. However, this energy will be a major part of the astrological backdrop throughout this next year (and somewhat in 2022) as they will be in exact square again in June and next December/January when these energies will peak again.

Although Aquarius energy is evolutionary and open minded (reflected by Uranus), it can also be unyielding (reflected by Saturn) when it comes to viewpoints outside of what it has already determined to be truth, fact, or what is best. This is the Aquarian paradox which is something we have been seeing play out collectively in the political landscape.

Outside of the overlapping Aquarian themes mentioned, Saturn is also traditional, conservative, and cautious. It rules commitments, maturity, responsibilities,  limitations, restrictions, obstacles, the status quo,  and structures in general. It is about patience, practicality, discipline, and boundaries. 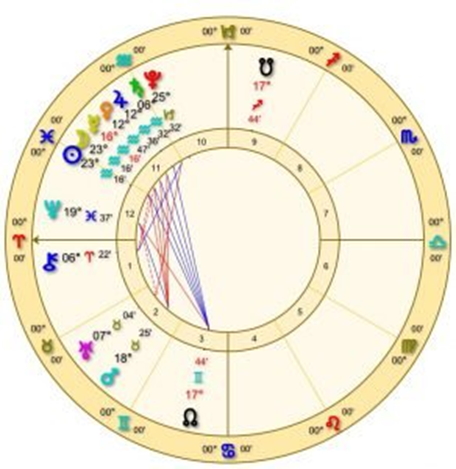 This is a period in which Uranus themes (as mentioned) will be at odds with Saturn themes (as mentioned). This can play out as ‘old versus new’, ‘restrictions versus freedom’, ‘the status quo versus revolution’, ‘commitments/responsibilities versus liberation’, ‘elder versus youth’, and so forth. Problems with technology can also happen which is reinforced by Mercury’s retrograde.

However, this can also be a time of integrating Saturn and Uranus such as incorporating technological, scientific, or metaphysical approaches to help us with our work. However this energy plays out, it will somehow play a role in the adjustments occurring in our lives (and collectively) reflected by the current Mercury retrograde process.

Saturn is also currently in a sextile with Chiron until February 15th and will later make two more exact sextiles between now and the end of the year. Although this isn’t a strong aspect, it can be supportive depending on how we apply ourselves. This can be good for taking a disciplined approach to healing, overcoming negative patterns, and addressing some of our core wounds. It can also be good for efforts that are integrating, holistic, unorthodox, or reflective of our natural gifts.

Venus in Aquarius is in a conjunction with Jupiter during this New Moon. This can be expansive, optimistic, fortunate, idealistic, generous, or educational when it comes to our social life, matters of love, pleasures, finances, creativity, or things pertaining to aesthetics or beauty. However this can also be a time of overindulging or overspending money/resources.

Although this energy is exact on the 10th/11th during this New Moon, it can still be noticeable over the following four days as Mercury retrograde will continue to bring the energies of these planets together. At that time, it can also be good for reconnecting with old friends, expansive insights, rediscovering something that we value, or revisiting perspectives/educational material and perceiving it in a different way.

During this period, Mars in Taurus is in a sextile with Neptune which is strongest from February 12th-14th. This aspect isn’t particularly strong, but can be good for applying ourselves in a creative, spiritual, inspired, empathic, or compassionate way. Activities involving water may come up. We may assert ourselves more softly than usual and can be more easy going. This combined with the aspects mentioned in the above paragraph can reflect a lazy energy.

Venus in Aquarius moves towards a square with Mars in Taurus which will be exact on February 19th/20th. This energy can be passionate, sexual, sensual, or reflect social and/or creative activity. However this can also play out as conflicts or competitiveness with friends or lovers, financial disputes, tensions around values, or impulsive spending and pleasure seeking.

Mars will then be in a trine with Pluto in Capricorn from February 23rd to 25th. This is good for focused, determined, persuasive, transformative, or renewing action. This energy can be good for uncovering, probing, or digging for something. However, we or others may also apply ourselves in an obsessive, controlling, or manipulative manner. Mars will be aligned with the malefic star Algol and this combined with the Pluto influence can also be a time of bad intentioned efforts for some people or in the world around us.

What has been coming up for you recently regarding friends, groups, and acquaintances? What are these dynamics, developments, or circumstances showing you? Do you feel like you need to make adjustments in how you engage in social media? What technological updates, upgrades, changes, or integrations would be appropriate in the near future?

These are just some examples of what to consider or focus your intentions on at this time. However, it is good to reflect on anything else that is coming up for you. It is generally best to make any intentions within the first 24 hours following a New Moon. The exact moment it will occur is 7:05pm Universal Time on February 11th.

The Spiritual Significance of the Numbers 11:11

Can yoga really wreck your body?