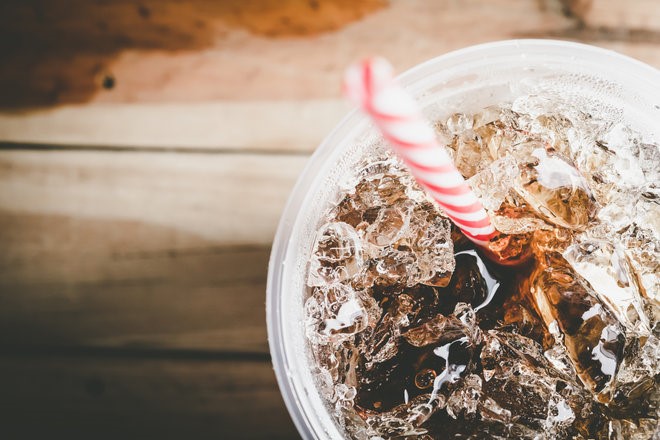 Your gut is teeming with bacteria. This ecosystem of microbes keeps you healthy — but when it’s thrown off balance, it can lead to a variety of diseases. Now, a new study finds that artificial sweeteners, such as the ones found in diet soda, can damage some of these bacteria.

But there’s one important caveat to keep in mind: The new study was done in the lab, in test tubes — not in people or lab animals. Still, the researchers speculated that the findings could apply to humans; namely, the chemicals in artificial sweeteners could harm the human gut microbiome, according to the study, published Sept. 25, in the journal Molecules.

However, an expert told Live Science that you can’t make that conclusion based on this study, though research has shown that artificial sweeteners can be bad for gut bacteria.

In the new study, researchers at the Nanyang Technology University in Singapore and Ben-Gurion University and the Volcani Center, both in Israel, collaborated to test the effects of exposing Escherichia coli bacteria in the lab to the six FDA-approved artificial sweeteners and 10 sports supplements that contained them. (Though E. coli is often associated with food poisoning, many strains of this bacteria are found naturally in the human gut and do not cause harm.)

The researchers used different types of E.coli bacteria that were modified to produce bioluminescent light when under different stressful conditions: for example, one type glows if its DNA is damaged, another glows if its cell walls or proteins are damaged.

So, depending on which type of modified E. coli lit up after scientists added artificial sweeteners and sports supplements, the researchers could determine what type of damage was taking place.

The teams found that “each sweetener create[s] a specific fingerprint using three stripes of bacteria,” with each stripe indicating a different type of damage, said study senior author Evgeni Eltzov, a researcher at the Volcani Center. The pattern of colors was unique for each sweetener; one might’ve caused more DNA damage than protein damage, for example. However, all sweeteners damaged the bacteria in some way, Eltzov said.

But Eltzov noted that these findings don’t mean the chemicals are “toxic” to humans. More research is needed to make that determination. But based on this study, “I think it’s better not to drink [diet soda],” he told Live Science.

Indeed, the lab experiment’s results don’t translate directly to humans. For example, the concentrations of artificial sweetener presented to the bacteria were higher than what a person would consume in a can of diet soda, said Dr. Kristina Rother, a senior research physician at the National Institute of Diabetes and Digestive and Kidney Diseases of the National Institutes of Health who wasn’t involved with the study. And that’s even assuming that all of the sweetener reaches the gut, which it doesn’t, she added.

Further, the gut microbiome consists of an intricate system of different kinds of bacteria that interact in various ways; it’s not simply a gut filled with E. coli. So, this study “doesn’t tell us what happens in real life. It tells us what happens in a test tube,” Rother told Live Science. “Real life is just more complicated.”

“So, my recommendation is very simple and very difficult to achieve: Live a healthy life, eat little processed food,” she said. And don’t replace exercise with sports drinks, she added.

Rother did say that the study’s methods, if made more sensitive, could be nice for future experiments. The researchers also said their technique could be used to test the amount of artificial sweetener that escapes into the environment and contaminates it.

Which Type of Meditation Is Right for Me?