His full name was MICHEL DE NOSTREDAME – (NOSTERDAME means OUR LADY) in Saint – Remy – de- Provence in France in the 16th century. His family were originally Jewish but converted to Catholicism before his birth. On leaving school he trained as an APOTHECARY at the University of Avignon but after a few years the University was forced to close down due to an outbreak of the plague. He used his knowledge to good use treating victims of the plague and worked as an apothecary for some time, before enrolling at University of Mont Pellier, where he hoped to gain a Doctorate.

Unfortunately, the University discovered that he was a trained apothecary, which was a banned trade as far as they were concerned, so he was expelled.

He continued his trade and in 1531 he married and they had two children. Unfortunately a further outbreak of the plague in 1534 killed his wife and children. He continued alongside doctors to help fight the plague and re-married, this time fathering 6 more children. In 1550 he decided to change his name to a Latinised version and it became NOSTRDAM. He became interested in ASTROLOGY and found further work helping the wealthy. In 1555 he published a book called LES PROPHESIES, containing based very much on historical and literary precedent, which received mixed reviews.

His leanings towards the OCCULT began following a visit to ITALY which also led to him further investigating the business of charms, horoscopes etc. He continued his writing his prophesies (at least 6338), but felt vulnerable as this went against the religion of the day, so devised a method of code to hide the true meanings of them. From then on all his prophesies were all written in a form of poetry called QUATRAINS. Following the publication of the first one in 1955 he was then summoned to PARIS to explain their meanings to KING CHARLES IX and his QUEEN. He was also hired to produce horoscopes for the Royal family.

Since his death in 1566 he has gained a large following of supporters who claim his prophesies have predicted world events, while his detractors claim they are too vague and therefore open to interpretation. However, it needs to be remembered that the ENGLISH TRANSLATIONS of his work were of extremely poor quality and carried out by authors with very little knowledge of 16th century French. There is also is the possibility that the translations were deliberately mis-translated to try to fit in with whatever the translator believed he had been trying to predict. Due to printing practices at the time, no two copies turned out the same, meaning that there is no proof that the spelling or grammar of any of the copies was in the original! 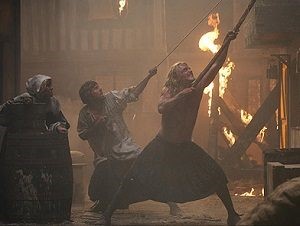 It was in the 17th century that his work gained the attention it deserved and it is still causing controversy today. Many believe his prophesies are genuine. Amongst them he is said to have predicted THE GREAT FIRE OF LONDON – THE FRENCH REVOLUTION – THE RISE TO POWER OF BOTH NAPOLEON AND ADOLF HITLER – BOTH WORLD WARS plus many, many more which have come true!

Publications of his work are still available in print if you feel you would like to see for yourself and make your own judgements on whether they are fact or fiction!

Psychic Vampires. People who live off  your life force.

The Science of Healing Thoughts