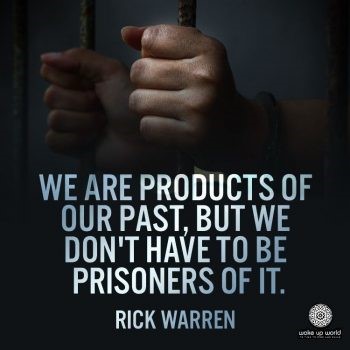 At 18 years old I sat at a desk in my University accommodation, staring out of the window. In front of me, on the desk, was a bottle of tablets. It was a cocktail of strong painkillers that I had stolen from my mother over the past year. My mother was disabled and in constant pain, so the tablets were not hard to come by.

I had decided that if the first 18 years of my life had gone the way they had, then I did not want to see the next 18 or the 18 after that.

Things started going wrong for me when I was 6 years old and my mother left home to go and live with a family friend. She took me and my brother with her. It turned out that the man she was with was abusive and so my father fetched us back and was given custody of us. I know there must be some truth to this version of the story as a father being given custody of the kids in the 70’s would have been very unusual. My father soon remarried and I gained a stepmother that would have not been out of place as the bad guy in fairytales.

The first I realised this was when I came home from school one day with a food stain on my top. A hard clout across my head taught me that it was not ok to make a mess of your clothes. It was the first of many, as, in that situation nothing you do is right. Beatings became normal. As did neglect. My brother and I were barely fed and so became noticeably thin. So much that at school dinners, the dinner ladies would feed us second, third and even fourth helpings. School also knew of the beatings as we were covered in bruises. When not at school, we were left to play outside all day and weren’t allowed indoors for any reason, including the toilet. It led to a useful skill of an almost infinite capacity bladder later in life!

When I was around 8 my mother came back into my life. She had met a new man and we started having short holidays with them. One day a woman came to talk to me and my brother. My stepmother told us we should not saying anything to her, and if she asked, we should say we wanted to live there with her and my father. My brother was good and did what he was told. I wasn’t and I answered that I wanted to live with my mother. Afterwards my father lifted me to his knee and held me. This was unusual and felt special. Until he told me that he was sad that I didn’t want to live with him and that he didn’t love me if that’s how I felt.

My father and stepmother had a new baby girl. She was showered with love and attention.

When I was around 9 I went to stay with my mother for the whole summer holidays. It was a magical time filled with play and food. At the end of the holidays we were asked if we wanted to stay there forever. It seemed too good to be true and my brother and I enthusiastically said yes. Apparently the woman I had spoken to was a social worker and because of my age when we spoke, I was old enough to choose where I wanted to live. Speaking up had led to us being allowed to live with my mother. It was the first of many times where I spoke up, but the only time anything changed because of it.

What followed was a wonderful year (maybe less). My mother’s husband soon became our stepfather as we began to call him dad. He was a lorry driver though so was rarely home. It feels as if the time was filled with sunshine.

Then, one day, my brother got in trouble for something. I’m not sure what. But I knew he was in trouble because my stepfather whipped him with a stick as punishment. My mother and I watched on. I could not believe it. How could she let this happen after everything we had been through?

The darkness returned and we moved back to where I grew up, now living with my mother and stepfather. He changed job and was home far more. My brother and I became his slaves. We ironed his shirts, washed the dishes, made his lunches. Everything had to be done perfectly or we would have to re-do it. My mother was increasingly ill and would not surface until the afternoons.

One night my stepfather came to say goodnight and instead of a regular kiss goodnight, he forced his tongue deep into my mouth. I tried to hold my lips tightly closed but couldn’t. “Not like that, a proper kiss” he said. Each night he did more and more. “I’m going to teach you what boys do to girls” he said. Every night, he did everything bar rape me. I would switch the light out, close my eyes and leave my body to do whatever while I hid in my head. One night my mother walked in on us. After asking what we were doing, she walked out and closes the door again.

He would use the chores as punishment for not cooperating enough at night. I always fought. Once he whipped my bare backside with a belt. He said it was because I wasn’t doing my chores but once he had closed the door he made it clear I needed to cooperate more at night. I never did.

When I was 12 started my period and the visits stopped – although I didn’t know that. I told my mothers best friend what was going on and she told my mother. My mother went spare at me. Despite me begging her to take me away she told me I should never talk about it ever again.

When I was 14 my brother was 16 and he ran away from home. He lived on the streets of London for many years. He is a heroin addict and alcoholic.

I stayed home and looked after my mother. I never knew if something else would happen with my stepfather. The emotional abuse continued.

And so there I was at my first day at University. I had been planning to take my life for a while, but as there was always someone at home, I didn’t want to risk being found and having my stomach pumped.

But I didn’t take the tablets. I never even opened the bottle.

In many ways I did kill myself that day. The real me was buried deep and an actor replaced her.

I had a hugely successful career. After all, if you don’t listen to the inner negative voice, anything is possible. I was a master at ignoring that voice. I met my husband at University and we moved in together after.

I had a great job, a wonderful husband and a great home.

But I wanted to die. I hated myself. I used to joke that I wish I would be run over by a bus, but lived nowhere near buses!

The one day I came across Cognitive Hypnotherapy, and everything changed. Over 7 years I had around 7 sessions of therapy. Things changed after the first one. By the second I had decided that I had to learn how to do this. How could nobody know about this amazing approach? By the 3 session I was booked on to do the course, which took 10 months.

Within 6 months of qualifying I gave up a 6-figure salary to become a full time therapist. It felt like everything in my life had led me to this point.

In May 2015 I took my stepfather to trial for historical abuse. I wanted to protect others and was convinced I was not the only one he had abused. My mother failed to show at the trial. His defence suggested the molestation I had experienced from my grandfather was actually the abuse I was describing and attributing to my stepfather. The jury did not have to say the abuse didn’t happen, just that he didn’t do it. As my mother was the only one that could confirm it, and she didn’t believe me and didn’t show up to court, he was found not guilty. Everybody was shocked. He turned up to sentencing with a packed suitcase.

Lessons from over 600 clients
Now you would think that all of that would destroy me. But it didn’t. You see, I’m ok. In fact, I’m more than ok. I am happy. It’s not what happens to us that causes our problems, it’s the incorrect meaning. I have observed some common patterns in mis-attribution of meaning, both from my own journey, and from over 600 clients that I have helped.

Here are the common incorrect meanings we attribute to our experiences:

We are unlovable. As you read through this story, you are not thinking that I am broken and evil. You are thinking the adults around me were. When I had my daughter, I looked at her and realised I would do anything for her. I would always put her first. I then decided that I must be truly evil if none of the adults in my life felt that way about me. How bad must I be that nobody could love me? The thing is, love is not dependent on behaviour. Nothing you do will make someone love you or not. If they love you, they love you no matter what. If they don’t love you, they don’t love you no matter what. It’s not about you it’s about them
We can control others’ behaviour. Abused kids get very good at watching their abusers. They keep their head below the parapet and try and not get in trouble. This is an illusion. If you really could control other’s behaviour by yours, you would never get abused. We get the illusion that our behaviour affects other where it quite simply doesn’t.
We can time travel. As you get older, you understand earlier experiences in a different light/context. You mistakenly then assume that the younger you understood in the same way as the older you. You think “I should have…” or “If only I had…”. The reality is, no one can time travel. This means you are always the best version of you, and you only did what you could at the time.

It doesn’t matter whether you had a great childhood or a terrible one, your experiences growing up do not confine who you become as an adult. It is possible to find happiness no matter what.