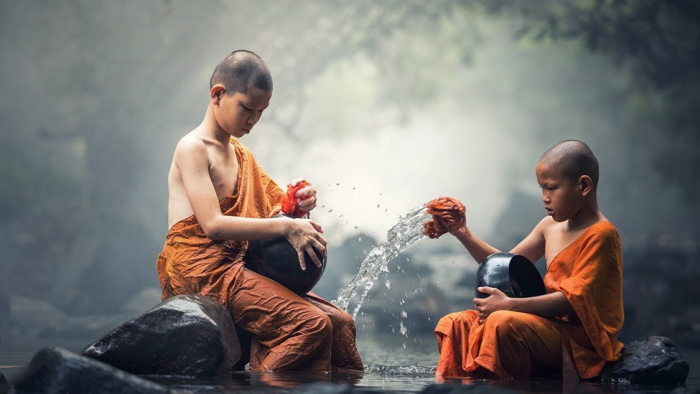 A document pertaining to a study found within the CIA’s electronic reading room outlines that human intention can alter red blood cells in any way.

If we know that human intention, and factors associated with consciousness can impact physical systems, why are we not spending more time and resources looking into this and utilizing these methods more?

Can human intention alter our physical world? There are many statistically significant double blind studies that seem to indicate yes, human intention does and can impact physical material reality. Studies in this realm date back decades, and they’ve been piling up ever since. For example, we recently came across a document in the CIA’s electronic reading room regarding a study in this field. In it, it states the following:

We have conducted numerous bio-PK experiments in which both selected and unselected participants were able to alter significantly the activity of specific biological target systems, mentally and at a distance. In all of those studies, the amount of target system activity in the prescribed direction during a number of influence periods was compared statistically with its activity during an equal number of interspersed control periods.

The obtained bio-PK results have been relatively robust.

Quite interesting, isn’t it? That document is from 1990, and it goes deeper into an examination of whether or not human intention can alter red blood cells in anyway.

Fast forward today and the results have become even stronger. For example, a study published in NeuroQuantology titled “Effects of Directed Intention on the Integrity of Human Blood Cells” was a double-blind single case study that utilized darkfield microscopy to analyze  the integrity of live human blood cells after a participant was exposed to intentionally-charged vials of spring water.

Through consciously directed intent, the water in the vials had been infused by the researcher with feelings of either anxiety or tranquility. Blood specimens were obtained by finger prick and samples were not stained prior to observation. Blood samples were obtained from the participant at baseline and after exposure to the emotionally-charged vials. Cellular changes during each phase of the study were observed and documented by an independent professional with extensive experience in darkfield microscopy. Darkfield microscopy revealed alterations in the integrity of the cell walls of erythrocytes (red blood cells), leukocytes (white blood cells), and thrombocytes (platelets) when these cell lines were subjected to various conditions. Alterations in cell integrity and changes in the motility of blood components were discovered to be consistent with organic patterns suggestive of anxiety and tranquility, respectively. The privately-maintained impressions of the participant regarding the felt senses relative to the contents of each vial were found to correspond with the practitioner’s observations of changes in the participant’s blood samples during each phase of the investigation. This study evidenced a direct correlation between directed intention and alteration of the integrity of live human blood cells.

I recently published at article about a study published in the Journal EXPLORE, The Journal of Science and Healing conducted by scientists at National Kaohsiung Normal University, National Taiwan University, and the Institute of Noetic Sciences in California. Three Buddhist monks focused their intention on commercially bottled water with the goal of improving the growth of seeds. Results showed that they were able to have an impact, or at least the results correlated with what they were trying to do compared to controls.

I’ll leave you with this quote, it comes Dr. Jessica Utts, the  Chair of the Department of Statistics at the University of California, Irvine, when it comes to scientific studies in these realms. She is also mentioned in the first document mentioned in this article.

“What convinced me was just the evidence, the accumulating evidence as I worked in this field and I got to see more and more of the evidence. I visited the laboratories, even beyond where I was working to see what they were doing and I could see that they had really tight controls… and so I got convinced by the good science that I saw being done. And in fact I will say as a statistician I’ve consulted in a lot of different areas of science; the methodology and the controls on these experiments are much tighter than any other area of of science where I’ve worked.”

What Does it Mean When You Dream About Someone

Yearly Horoscope 2023: What’s In Store For Your Zodiac Sign?