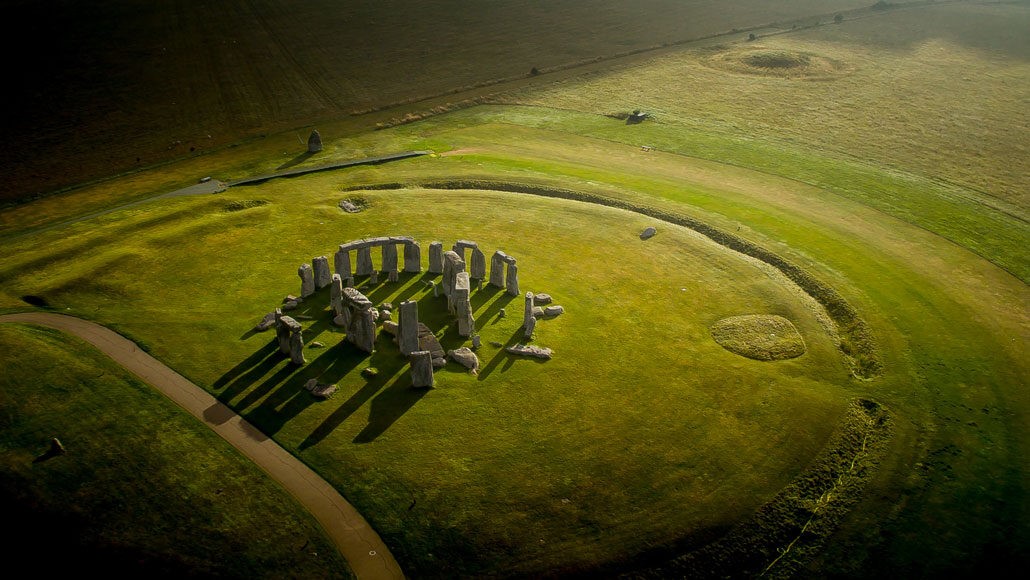 Stonehenge (pictured) may have started out as a monument constructed partly from a dismantled stone circle in western Wales that was transported around 280 kilometers to southern England.

At an ancient site situated among the hills of western Wales, researchers suspect they have uncovered the remnants of a stone circle that contained initial building blocks of Stonehenge.

Excavations of the site are in the early stages, but the stone circle was probably dismantled between 5,400 and 5,200 years ago, say University College London archaeologist Mike Parker Pearson and his colleagues. That’s roughly a few hundred years or less before work began at Stonehenge. People at the newly excavated site then perhaps moved about 280 kilometers to southern England, carrying with them stones that were used in the first phase of building the iconic monument (SN: 9/6/12), the investigators propose in the February Antiquity.

Others, though, caution that more excavation needs to be done before clinching the case.

The stone circle was found at site called Waun Mawn, which lies in the Preseli region of Wales. The site is near quarries previously identified as sources of smaller Stonehenge stones, known as bluestones. If Parker Pearson’s team is right, then ancient population movements out of Wales explain why bluestones at Stonehenge came from far away. Other Stonehenge stones, such as the iconic, massive boulders known as sarsen stones, came from local sources.

In line with a migration scenario, large stone monuments and other signs of human activity in western Wales largely disappeared between around 5,000 to 4,000 years ago. “Maybe most of the people [in the Preseli region] migrated, taking their stones — their ancestral identities — with them,” Parker Pearson says. Earlier analyses of chemical elements in cremated human remains at Stonehenge indicated that a substantial number of those individuals had come from western Wales (SN: 8/2/18).

The new report raises the possibility that a 900-year-old legend about Stonehenge being built from an older, distant stone circle contains a kernel of truth. Twelfth century English cleric Geoffrey of Monmouth wrote of the mythical wizard Merlin taking an army to Ireland to capture a magical stone circle that was rebuilt as Stonehenge to commemorate the deaths of Britons killed by Saxons.

Several characteristics of Waun Mawn link it to Stonehenge, the scientists contend. First, two adjacent stone holes at Waun Mawn were arranged so that their stones formed an entryway that, when viewed from the center of the circle, faced the midsummer solstice sunrise. The same alignment characterizes Stonehenge.

Second, one bluestone at Stonehenge features an unusual, five-sided cross section at its base that matches the shape and dimensions of an unearthed Waun Mawn stone hole. This Stonehenge bluestone potentially came from the Wales site, the researchers suggest.

Third, the complete Waun Mawn stone circle had an estimated diameter of 110 meters, the same as the ditch that encircles Stonehenge.

There’s reason to be skeptical about the new study, says archaeologist Timothy Darvill of Bournemouth University in Poole, England. “Whether the discoveries at Waun Mawn are really the remains of a stone circle needs further work, including more extensive excavations to sample a wider area,” he says.

There are several problems with the new report, says Darvill. Known stone circles typically consist of evenly spaced stones, whereas the four stones discovered at Waun Mawn are irregularly spaced. Most large stone circles in western England and Wales have clearly defined entrances, but it’s not clear that the proposed entryway at Waun Mawn served that purpose. And some earthen sockets at the Welsh site might have been created by farmers clearing fields.

While the final verdict on Waun Mawn is still out, prior evidence indicates that stones used to construct massive structures were transported and recycled in many parts of western Europe around the time Stonehenge was assembled (SN: 2/11/19), says archaeologist Chris Scarre of Durham University in England.

Get Your Mind Right: A Guide to ‘New Age’ Therapies for Mental Wellness