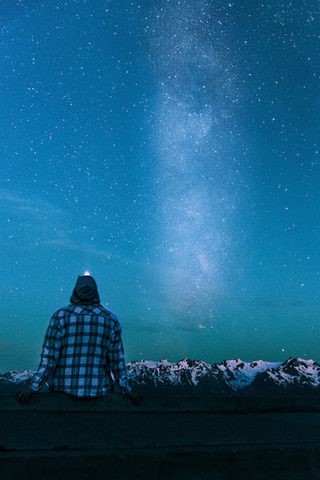 In 1942, the great psychiatrist Viktor Frankl, his wife, and parents were deported to the Nazi Theresienstadt Ghetto. His father died of pneumonia half a year later from the ghetto’s deplorable conditions. The next year, Frankl and his wife were transported to the infamous Auschwitz death camp, where more than a million people would eventually be murdered. He was then transferred to two additional camps, separating him from his mother and wife, both of whom would eventually perish.

During this ordeal, Frankl came to believe that the only way he could survive and maintain his sanity was to hold tightly to a sense of meaning and purpose. He was fond of quoting the philosopher Friedrich Nietszche, who wrote, “He who has a why to live for can bear almost any how.” For Frankl, personally, meaning flowed from acting as a psychiatrist and physician to his fellow prisoners, as well as from reflecting on his love for his wife Tilly, as the following passage from his celebrated book, Man’s Search for Meaning, beautifully illustrates:

We stumbled on in the darkness. . . . The accompanying guards kept shouting at us and driving us with the butts of their rifles. . . . Hiding his mouth behind his upturned collar, the man marching next to me whispered suddenly: “If our wives could see us now! I do hope they are better off in their camps and don’t know what is happening to us.” That brought thoughts of my own wife to mind. . . . my mind clung to my wife’s image, imagining it with an uncanny acuteness. I heard her answering me, saw her smile, her frank and encouraging look. . . . I understood how a man who has nothing left in this world still may know bliss, be it only for a brief moment, in the contemplation of his beloved.

After being liberated from the camps, Frankl spent his life advocating for the importance of meaning as salve against suffering and the secret to happiness. Meaning brought him through the Holocaust and formed the basis for his entire approach to life.

So it might seem surprising that he would provide the following admonition: “One should not search for an abstract meaning of life.”

Why would Frankl warn us not to search for something he so passionately argued was important? He provides a clue in the preface of the same book, where he writes, “Don’t aim at success—the more you aim at it and make it a target, the more you are going to miss it. For success, like happiness, cannot be pursued; it must ensue.”

In other words, Frankl believes that meaning cannot be pursued as a goal in itself. It must ensue as a side-effect of pursuing other goals. If what you really want is to find meaning, he instructs, “you have to let it happen by not caring about it.” Instead, he suggests embracing activities that connect you with something greater. This may involve connecting yourself with the pursuit of knowledge by working toward a college degree, committing yourself to the care of others through volunteer work, dedicating yourself to the expression of love through raising a family, or any number of other endeavors.

Empirical research supports his hunch. While having meaning present in one’s life is associated with greater happiness, searching for meaning may be associated with less happiness. Michael Steger, Shigehiro Oishi, and Todd Kashdan conducted an online survey of more than 8,000 people across the globe. To assess meaning, they used a psychological test known as the Meaning in Life Questionnaire, which gives two distinct scores. The first score indicates the degree to which people are actively searching for meaning, whereas the second score indicates the extent to which they’ve already found it. The results are exactly what Frankl would have predicted: Greater search scores were associated with lower life satisfaction and happiness.

The paradoxical secret to finding meaning may be to not look for it. The most satisfying forms of meaning may blossom not when we pursue them directly, but when we instead seek beauty, love, justice, or, as Frankl writes, “a cause greater than oneself.” The secret to a meaningful life may be to remind ourselves every day to do the right thing, love fully, pursue fascinating experiences, and undertake important tasks, not because we are trying to increase our sense of meaning in life, but because these pursuits are good in themselves.

By David B. Feldman, Professor of Counseling Psychology at Santa Clara University.

7 Lucky Superstitions (and Their Weird Origins)