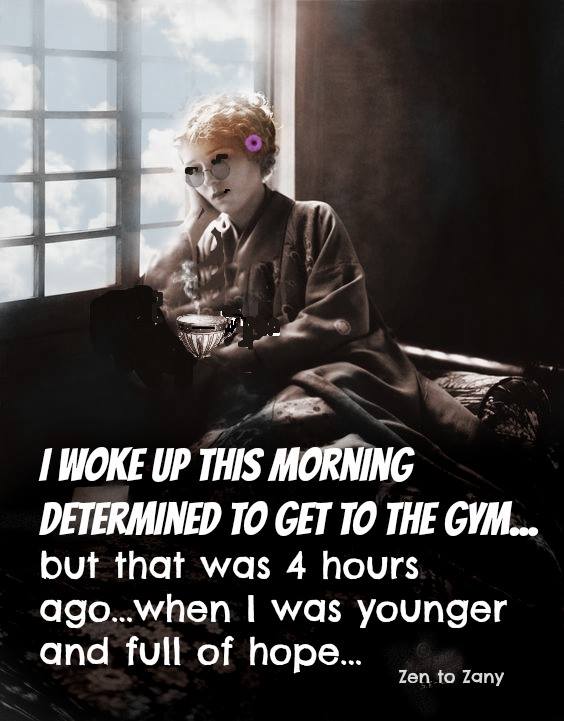 Worry is a curse. And yet, “don’t worry” is possibly the worst advice ever.
Talk about easier said than done (or not done).
Anyone who has ever gone on a dietknows just how exhausting it can be to not eat something. Anyone who is in recovery from substance abuse knows how exhausting it can be to not take something. Anyone with anxiety knows how exhausting it can be to not worry about something. Anyone who has ever had a craving for something that they know is not good for them understands the power and focus that the word “not” brings to a situation.
When you tell yourself not to eat carbs, carbs are suddenly everywhere. When you make the decision not to smoke anymore, all you can see are people lighting up. “Not” acts like a highlighter pen, drawing all your brain’s focus and energy to whatever is being forbidden.
The Horse and the Rider
What exactly are “unwanted” thoughts? Shouldn’t you have absolute control over your own mind? Why are there times when you’re lying in bed trying to sleep, but your mind is racing? Why can’t you just flip a switch and turn it off? And how are there other times when you probably should be thinking, and yet you’re just coasting on autopilot in zombie mode.
For example, have you ever arrived at work in your car with no memory of having driven there? (Do you ever wonder if you hit any pedestrians on the way?) Have you ever put the cereal in the fridge and the milk in the cabinet? What is going on here?
In the 19th century, psychologists began to unravel the mystery of the unconscious mind. Freud, Jung, Janet, and others postulated that our conscious awareness was just the tip of the iceberg. They suspected there was something much larger, much deeper, much older (in terms of evolutionary biology), and much more powerful hidden inside the human brain. Then, the work of modern psychologists like Kahneman, Wilson, and others has put together some of the pieces and given us a glimpse into what’s going on behind the locked door of our minds.
Whether it’s Freud’s “id,” Janet’s “subconscious,” Kahneman’s “system 1,” Wilson’s “adaptive unconscious,” or popular psychology’s “lizard brain,” it’s amazing what our brains are doing behind our backs. It’s a quantum-like world where everything is backwards, and the rules don’t apply.
The language I find most useful is a metaphor I originally heard from Dr. Tom Miller in his program “Self Discipline and Emotional Control.” He said the brain is like a horse and a rider. Yes, the two operate as a team, but they are separate and distinct from one another. The rider represents the conscious mind; the horse, the unconscious. The rider thinks he’s in charge, but it’s the horse with the final say. You can lead a horse to water, but you can’t make him drink. The horse is bigger, stronger, faster, and more “wild” than the rider. Worse, they don’t always agree on which direction to go. When presented with identical input, the horse and rider may come to very different conclusions.
Thought suppression is a perfect example. While the rider brain understands perfectly that “Do not touch the stove. It’s hot,” means “Do not touch the stove. It’s hot,” the horse brain doesn’t hear the word “not.” It disappears. So, when the toddler reaches out to touch the hot stove, our rider brain thinks, “What just happened? He did exactly what I told him not to do!”
This is why people often make irrational, illogical decisions – especially as children and adolescents. The rider brain doesn’t fully develop until about age 25. The horse brain remains a bucking bronco until the rider becomes powerful enough to tame it. Some people never quite seem to get a handle on their impulses, and even the most skilled rider is sometimes at the mercy of a worked-up horse.
So what do you do if you find yourself a victim of the failure of suppression? What if your rider brain says “Do not expect bad things to happen,” but your horse brain doesn’t hear the word “not”?
Carey Morewedge, an assistant professor of social and decision sciences at Carnegie Mellon University, writes that “trying to suppress one’s thoughts of desired foods in order to curb cravings for those foods is a fundamentally flawed strategy.”
However, the answer is not to simply give in to the craving. He and his team conducted a study that had more than 300 participants attempt an interesting alternative approach: Instead of trying not to think about food, they were instructed to imagine eating that food. The results were surprising: “Our studies found that people who repeatedly imagined the consumption of a morsel of food — such as an M&M or cube of cheese — subsequently consumed (about 50 percent) less of that food than people who imagined consuming the food a few times or performed a different task.” The act of imagining the experience of enjoying an unhealthy food cut suppression off at the knees — and took away the power of the craving.

By Tim David is an ex-magician turned author and speaker on the science of human connection at work and in life.
In Print:

Magic Words: The Science and Secrets Behind Seven Words That Motivate, Engage, and Influence
Online:

Mohammed Qahtani – Speak Wisely This is why EVERY word matters