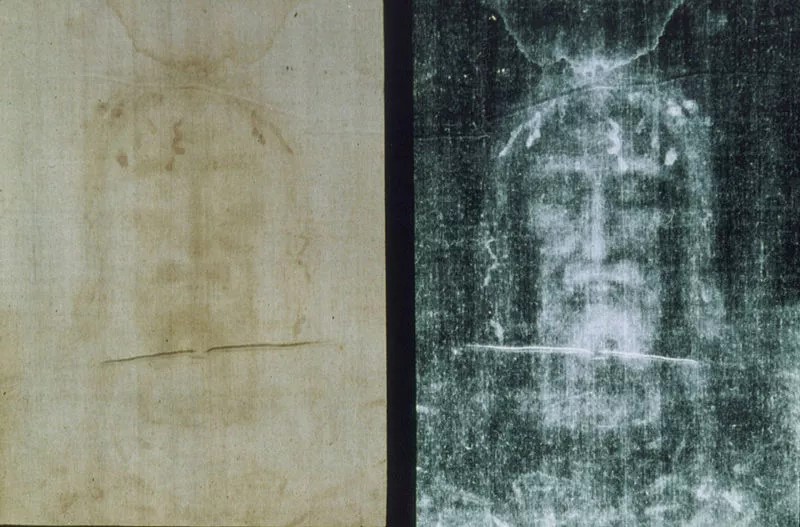 Do miracles take place? Are angels real? Does prayer work? These are some of the phenomena for which science tries to find rational explanations, and for the faithful no explanations are necessary. But the ten mysteries examined below are of continuing interest to many people, if only out of curiosity, and are subjects of genuine inquiry by paranormal investigators. In no particular order, here are the top ten religious mysteries and miracles.

For centuries, visions of Mary, the mother of Jesus, have been reported around the world. Notable apparitions include: Guadalupe, Mexico (1531); Fatima, Portugal (1917); Lourdes, France (1858); Gietrzwald, Poland (1877); among others. Claims of apparations continue to this very day, the most well known being at Medjugorje, Croatia. In 1968, a Marian apparition was even allegedly televised live in Zeitoun, Egypt. In these visions, Mary usually asks people to pray and occasionally makes prophecies, the most famous being those at Fatima. Skeptics regard these visions as hallucinations or mass hysteria, while other researchers looking for explanations for these events have even made comparisons of the apparitions to UFO encounters.

Scores of books have been written and countless stories have been told (including on this website) about and by people who believe they have had personal encounters with beings they say are angels. Sometimes they are described as beings of light, other times as remarkably beautiful humans, and even as ordinary looking people. They almost always appear in time of need. Sometimes the need is profound — a person at the point of suicide — and on other occasions the need is relatively mundane: a young woman out alone at night gets a flat tire and is assisted by a kind stranger who seems to come out of nowhere, then vanishes without a trace.

Ark of the Covenant

The Old Testament book of Exodus describes in detail the box, overlayed with gold, that the Israelites built from God’s instructions to contain the broken tablets on which were written the original Ten Commandments. Not only that, God also said, “And there I will meet with you, and I will speak with you … about everything which I will give you in commandment to the children of Israel.” The Israelites carried it with them on their travels and even into battle because it was said to have incredible powers. Some think the Ark was literally a transmitter to God and a deadly weapon, but more mysterious is what happened to it. It is believed by many researchers that the Ark still exists today — hidden and protected from public view.

Incorruptibles are the bodies of saints that miraculously do not decay — even after decades or even a century or more. The bodies often lie in public view in churches and shrines. Saints include: St. Clare of Assisi, St. Vincent De Paul, St. Bernadette Soubirous, St. John Bosco, Blessed Imelda Lambertini, St. Catherine Labouré, and many others. Even the body of Pope John XXIII is reputed to be remarkable well preserved. The case of Blessed Margaret of Metola is recounted in the Fortean Times article, Saints Preserve Us: “She died in 1330, but in 1558 her remains had to be transferred because her coffin was rotting away. Witnesses were amazed to find that like the coffin, the clothes had rotted, but Margaret’s crippled body hadn’t.”

One of the more gruesome and controversial miracles is stigmata, when a person inexplicably is afflicted with Jesus’s crucifixion wounds, usually on the palms of the hands and feet. The phenomenon dates back at least to St. Francis of Assisi (1186-1226) and has been claimed by numerous saints since. The most famous stigmatist of recent times is Saint Pio of Pietrelcina, otherwise known as Padre Pio (1887-1968). Many unofficially recognized stigmatists have proved to be frauds, having inflicted the wounds on themselves by various means. Even Padre Pio was accused of causing his wounds with acid. Besides the miraculous, another possible explanation is psychosomatic — fervent belief actually manifesting the wounds physically.

Statues, paintings and other likenesses of Jesus, Mary and saints that appear to weep or even bleed are routinely reported around the world; there are numerous claims every year. One is a painting of Jesus hanging in the Bethlehem Church of the Nativity above the spot where Christ is said to have been born; it seems to be weeping red tears. Others include: the Weeping Madonna in Toronto, Canada; the weeping icon of Mary at St. George Antiochian Orthodox Church in Cicero, Illinois; the life-sized icon of the Christ exuding pure olive oil in the Antiochian Orthodox Church of St Mary in Syney, Australia; and many, many others. Skeptics suspect fraud in all of these cases, and tests invariably are “inconclusive,” making them a matter of faith.

There is an ongoing debate about the healing power of prayer. One month you’ll see an article about an experiment that shows prayer was statistically relevant in healing patients, and the next month another experiment shows that it had no effect whatsoever. If it is shown that prayer really does have an effect, what is the mechanism involved? Is it truly a miracle, or is there some kind of psychic or quantum effect which we do not yet understand? And how powerful is it? The classic skeptical challenge is: Pray that an amputee’s leg grows back and see how well that works.

No matter how much scientific testing is done to the Shroud of Turin, the results will never be satisfying to everyone. Those who want to believe it is the burial cloth of Jesus will not have their faith shaken, despite carbon dating and other tests. The shroud is a 14-foot strip of linen on which is faintly imprinted the likeness of a man that seems to bear the wounds of crucifixion. The faithful believe that this is indeed an image of Jesus, whose likeness was miraculously imprinted in the cloth, possibly at the time of his resurrection. Radiocarbon dating in 1988 concluded that the shroud dates back only to somewhere between 1260 and 1390 AD. One recent theory is that is it a creation of Leonardo da Vinci.

Several Popes of the Catholic Church have not only been the subjects of prophecy, but have also been prophets. A vision by Pope Pius XII (1939-58), for example, caused him to remark, “Mankind must prepare itself for sufferings such as it has never before experienced… the darkest since the deluge.” And Pope Pius IX (1846-78) prophesied: “There will come a great wonder, which will fill the world with astonishment. This wonder will be preceded by the triumph of revolution. The church will suffer exceedingly. Her servants and her chieftain will be mocked, scourged, and martyred.” Does this describe the Church’s current crises? Most remarkable are the prophecies of St. Malachy, who predicted the reign of every pope since the 12th century.

While the faithful accept the New Testament Gospels as fact, religious scholars and scientists often seek a scientific basis for many of the events they describe. One that resurfaces every year at Christmas is the Star of Bethlehem. According to the gospel of Matthew, maji (otherwise known as the Three Kings) arrived in Jerusalem looking for the newborn “King of the Jews,” saying they had followed a moving “star” to get there. The faithful say this was a certainly a miracle that proclaimed the birth of the Messiah, but other researchers say the “star” could have been something else: a comet, a planetary conjuction, the planet Jupiter, a supernova, or even a UFO.

WHAT IS YOUR KARMIC NUMBER?