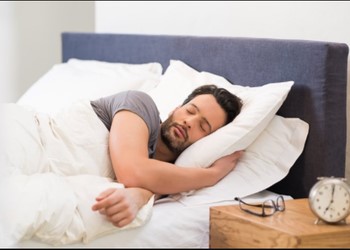 If you are someone who believes in catching up on all the lost sleep hours on the weekends, a recent study suggests that it doesn’t work that way. In fact, on some health measures, trying to play catch-up for a few days and then returning to poor sleep habits makes things worse.

“Our findings suggest that the common behaviour of burning the candle during the week and trying to make up for it on the weekend is not an effective health strategy,” said senior author Kenneth Wright. Sleeping in on the weekend can help the body recover mildly during those two days, the study suggests. But the effects don’t last.

As part of the study, the researchers enlisted 36 healthy adults aged between 18 to 39 to stay – for two weeks – in a laboratory, where their food intake, light exposure and sleep were monitored. The volunteers were divided into groups. The sleep-restricted groups snacked more at night, gained weight and saw declines in insulin sensitivity during the study period. While those in the weekend recovery group saw mild improvements (including reduced nighttime snacking) during the weekend, those benefits went away when the sleep-restricted workweek resumed.

“In the end, we didn’t see any benefit in any metabolic outcome in the people who got to sleep in on the weekend,” said Chris Depner, lead author of the study.

Even when given the chance, people found it difficult to recover lost sleep. While they gained some ground Friday and Saturday, their body clocks shifted later Sunday night making it hard to fall asleep even though they had to get up early Monday.
Men made up more lost sleep than women. The results were published in the Journal of Current Biology.

6 Things Your Soul Wants You to Know