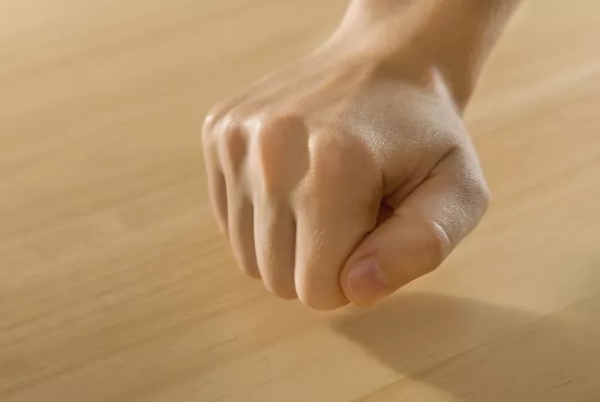 Many People Cross Their Fingers or Pick up Pennies. But Do You Know Why?

Many people have superstitions that they follow to attract good luck. Maybe they do a “kiss for Chris” when going through a yellow light, or they cross their fingers when hoping for a good outcome, or wish on the “first star they see tonight”. But have you thought about where they come from?

Why Do We Cross Our Fingers for Luck?

Nobody is sure where the idea of crossing our fingers for luck comes from, but there are two plausible theories, one pagan and one Christian.

The pagan explanation for why we cross our fingers might stem from the belief that spirits were found at crossings.﻿﻿ The idea was that you could simulate a crossing with your crossed fingers, summoning a good spirit to help make a wish come true.

Another theory is that when one person made a wish, another would lay a finger across theirs to support them, making it more likely that the wish would come true by forming a cross, a powerful symbol even before Christianity.

The Christian theory of how crossing fingers became lucky is that during the early days of Christianity, the Romans attempted to suppress the spread of the Christian faith.

To avoid persecution, Christians would use secret signs to express themselves and to communicate with one another. One of these may have involved making a cross with their fingers, especially when they prayed for help or luck.

Or it could simply be that Christians would invoke the symbol as a kind of shortcut to prayer.

It’s interesting that people also cross their fingers when they’re lying — perhaps hoping for luck in not being caught, or forgiveness from God for the lie.

Why Is Knocking on Wood Lucky?

Have you ever wished for something to happen, then knocked on wood so that you wouldn’t jinx your luck? Ever stopped to think about why you do that?

The origins of knocking on wood (or, as some prefer to say, touching wood) for luck are controversial. The most common explanation is that the superstition comes from the pagan belief that spirits lived in trees.﻿﻿ People would knock on wood to beseech friendly spirits for help or to thank them for assistance.

As with many superstitions, there’s also a Christian explanation: The wood represents the Cross, so when you touch or knock on wood, you’re asking God to help your luck.

TodayIFoundOut.com has yet another explanation. According to their research, the earliest documented use of knocking on wood/touching wood comes from the late 1800s (for touching wood) and 1905 (for knocking on it).

Around that time in Britain, there was a popular children’s game called “Tiggy-touch-wood,” where you were “safe” from the other children chasing you when you touched a piece of wood. Could the whole concept of knocking on wood for luck really come from a children’s game?

Why Do People Carry a Lucky Rabbit’s Foot?

Do you know anyone who carries a rabbit’s foot on a keychain or hangs one from the rear-view mirror of their car? Maybe you even have a rabbit’s foot yourself. But why should carrying bunny body parts bring you good luck? What’s the origin of this strange superstition?

The answer may lie with the Celts. Celtic lore held that rabbits were lucky since they lived below ground and, therefore, could communicate more easily with the gods.

The Roman queen Boudicca was said to have released rabbits onto the battlefield before a fight began to predict whether or not she’d be victorious.

Rabbits are also popular among people trying to have a child, due to their (in)famous fertility. For hundreds of years, women who want to conceive have carried a rabbit charm.

The idea of a rabbit being lucky was taken up by practitioners of Hoodoo in the American South. That’s probably where the practice of using a rabbit’s foot to attract luck came about.

Ironically, the less auspicious the rabbit’s foot was, the luckier the charm was thought to be. That’s why a foot from the less-favourable left side of the rabbit was luckier than a right-footed charm.

And the more bad luck went into catching the rabbit, the better. For example, TodayIFoundOut.com quotes an old ad for a rabbit charm whose comically unlucky (not to mention, racist) origin would have made it particularly lucky:

“…the left hind foot of a rabbit killed in a country churchyard at midnight, during the dark of the moon, on Friday the 13th of the month, by a cross-eyed, left handed, red-headed, bow-legged Negro riding a white horse.”

Today, many rabbit’s foot charms are actually made of faux-fur and plastic, which is better for the bunnies and for our consciences. Even if they don’t have inauspicious circumstances surrounding their origins, if they make you feel more positive and motivated, they’ll still have a good effect on your luck.

Why Do We Wish When We Blow Out Birthday Candles?

Hang on, don’t blow out those candles! You haven’t made your wish yet!

That’s something most children hear over and over again — but it’s kind of weird, isn’t it? It’s nice to get a wish on your birthday, sure, but what do candles on a cake have to do with good luck?

The tradition of putting candles on cakes started with the ancient Greeks, who would bake cakes that looked like the moon when they wanted to ask the moon goddess, Artemis, for her favour.﻿﻿

Furthermore, many people believed that the lingering smoke above the candle carries wishes to God or the gods as it rises into the air.

The modern-day tradition of making a wish and trying to extinguish all the candles on a birthday cake in one breath comes from these superstitions. If you manage to do it, your wish will come true, and you’ll have good luck in the year ahead.

But be careful: telling your wish to other people or leaving some candles lit can bring bad luck instead!

Where Do Lucky Horseshoes Come From?

You can find lucky horseshoe symbols on coins, banners, barn doors, and more. They’ve been used for thousands of years. But how did the superstition of hanging a horseshoe on a wall or over a door come about?

Many trace the superstition back to a story about a farrier named Dunstan, who became Archbishop of Canterbury in 959 AD.﻿﻿

The legend goes that Dunstan was shoeing a horse when the devil came along. The devil thought that he, like the animals, could travel farther and more comfortably if he wore shoes on his cloven hooves.

Dunstan agreed to shoe the devil, but he played a trick on him and put the nails too close to the sensitive quick, where the hoof meets the skin.

The devil was in agony, but Dunstan would only agree to remove the painful shoes when the devil swore that he wouldn’t enter a home protected by a horseshoe over the door. And therefore, people use horseshoes to keep out bad luck.

Some legends say that when you enter under a horseshoe, you must leave by the same door, or you’ll take the home’s luck with you. Others say that the horseshoe must be nailed to the wall with the points facing upwards so the luck doesn’t drain out.

Other horseshoe-related superstitions say that if you sleep with a horseshoe under your pillow on New Year’s Eve, you’ll have good luck throughout the coming year, or that if you dream of a horseshoe, it means that good luck is on the way.

Bonus Fact: Did you know that Charles Dickens’ beloved A Christmas Carol referenced the story of Dunstan shoeing the devil? Here’s the quote:

Foggier yet, and colder! Piercing, searching, biting cold. If the good Saint Dunstan had but nipped the Evil Spirit’s nose with a touch of such weather as that, instead of using his familiar weapons, then indeed he would have roared to lusty purpose.

Why Does Breaking a Wishbone Bring Good Luck?

The superstition that says that when you eat a chicken or a turkey, you should cut out the wishbone, let it dry for a while, and then have two or more people pull it apart. Which, really, is pretty weird. The person who ends up with the biggest piece of the wishbone gets a wish. Where’s the logic in that?

It turns out that breaking a wishbone is a thousands-of-years-old tradition that dates back to the Etruscans, an Italian empire that was conquered by the Romans hundreds of years before Christ was born.﻿﻿

The Etruscans used chickens to predict the future, by watching how they ate their grain. They also believed that the collarbone of the chicken was sacred, so when they slaughtered a bird, they’d leave the collarbone, now known as the wishbone, to dry in the sun.

People would keep the collarbones for luck and make wishes upon them.

When the Romans conquered the Etruscans, they maintained this tradition. They started breaking the wishbone due to a shortage of sacred chicken collarbones; by breaking them, more people would have a chance to get luck from the wishbone.

As the Romans moved throughout Europe, the tradition spread. And when settlers moved to America they maintained the tradition with the native turkeys.

Bonus fact: popular phrases like “give me a break,” “lucky break,” and “bad break” come from the tradition of breaking the wishbone, according to AAEPA:com.

Why Do We Pick Up Lucky Pennies?

Just about every child knows the chant, “Find a penny, pick it up, and all that day, you’ll have good luck.” But why a penny? Wouldn’t a $20 bill be even luckier?

Not necessarily. According to Wisegeek, the luck a penny brings doesn’t come from its value, but because of its shiny metal.

Long ago, when metal was scarcer than it is today, people believed that finding it was a gift from the gods, and that gift would protect the finder against bad luck.

By the way, the belief that metal could bring good luck might be part of the reason why horseshoes are also considered lucky, as mentioned above.

Some people say that finding a penny with the tail-side up is actually bad luck. Others say that luck only comes to you if you give the penny to someone else.

In Ireland, some people say that if you spit on a penny and throw it into the bushes, fairies or leprechauns will take it as payment for good luck.

Some people also talk about a “super lucky penny,” which is when the date stamped on a penny you find on the street matches your year of birth.

Whether you think pennies bring good luck, bad luck, or something in between, one thing is incontrovertible: at the very least, picking up a penny makes you $0.01 richer. That’s not bad for the effort it takes to pick it up.

4 Key Steps To Heal From Any Kind Of Trauma

Why are guides Important to all of us, except me?

An Astrology Guide to the Planets