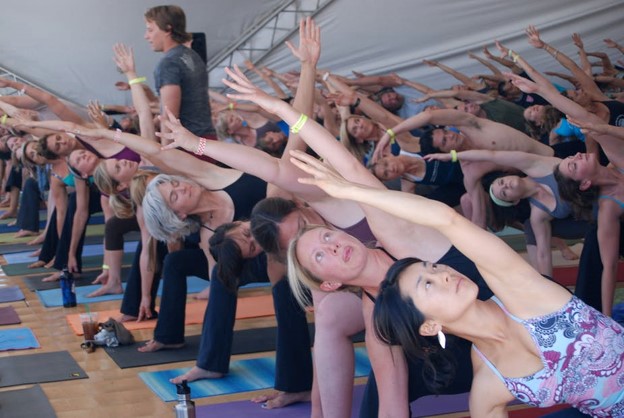 Yoga probably results in a number of health benefits and has a few potential risks.

A recent article in the New York Times Magazine, How Yoga Can Wreck Your Body, sparked considerable controversy about the risks of yoga. The article gave numerous examples of the damage yoga practice can wreak ranging from debilitating hip, neck and back injuries to brain damage and stroke, but can yoga really mess up your body?

One yoga teacher is quoted in the article as advising people who come for bodywork – “don’t do yoga”. Some of the online responses from the yoga community were perhaps predictable disbelief that such injuries could be related to the practice. But others voiced qualified support for making practitioners aware that just because an activity is called yoga, doesn’t mean it’s free of risk any more than a plant being grown organically ensures it’s safe to eat.

It’s difficult to consider yoga as a single entity. Putting aside its spiritual practices, the physical exercises are a broad church ranging from the gentlest of breathing exercises to rapid movements and extreme postures performed in a humid environment at over 37° C (100° F).

A quick search of the medical literature reveals over 700 peer-reviewed articles with yoga in the title, including at least 13 systematic reviews as well the open-sourced Journal of Yoga and Physical Therapy.

Briefly, there’s the suggestion that yoga probably results in a number of health benefits and has a few potential risks. So let’s consider some of the specific types of injuries that might be attributed to the practice of yoga.

The most common and most investigated areas of musculoskeletal pain are low back and neck pain; up to 80% of the population has significant back or neck pain at some point in their lives. Contrary to popular opinion, the greatest risk factors for spinal pain are not activity, but genetics – inherited predisposition accounts for up to 75% of the risk of disc degeneration and 38% to 50% of the risk for pain.

Activity, either occupational or recreational, accounts for only about 7% of the risk of degeneration.

In relation to back pain, a 2009 review of all published studies on risk factors for back pain “found strong evidence that leisure time sport or exercises, sitting, and prolonged standing/walking are not associated with LBP.”

The most serious condition associated with yoga is damage to the arteries in the neck causing stroke. There are at least 12 categories of risks for cervical artery dissection including “trivial trauma” and yoga is indeed listed as one source of such trauma. Other activities in the same list of risks however, include painting a ceiling, coughing, vomiting, sneezing, and sexual intercourse.

A wider search of the literature on the effects of exercise on musculoskeletal pain confirms that no one type of exercise or activity appears to reduce risks more than another. In terms of prevention, therefore, it matters more that you do more, than what you do.

Do all people experience similar near-death-experiences?