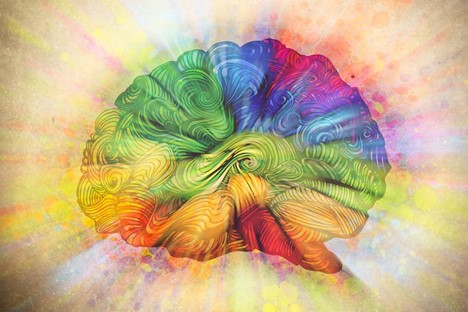 Oliver Sacks, the celebrated neurologic storyteller who died at the end of August at age 82, once described himself as “strongly atheist by disposition.”

Sacks could write sensitively about religion, including a recent article on the role of the Sabbath in his own life, but in writing about mystical experiences, he typically repaired to his professional lexicon, referring to them as hallucinations – seemingly authentic visual and auditory experiences traceable not to any external reality, but only to the brain itself. Sacks had witnessed in many of his patients the depths of human longing, including a deep hunger for God, but to him they revealed truths only about our own psyches.

The notion that God represents but a chimera, a projection of inner human needs, goes back at least to the 19th-century philosopher Ludwig Feuerbach, who wrote that our longing for God reveals nothing more than a desire to make gods of ourselves.

More recently, some philosophers and scientists have suggested that belief in God is nothing more than a delusion that springs from our need to discern patterns and even intentions in otherwise purposeless events taking place around us. Belief in God, they say, offers a refuge from the world’s cold incomprehensibility.

In a 2012 article in the Atlantic, “Seeing God in the Third Millennium,” Sacks prefaces his discussion of religious epiphanies with accounts of two epileptic patients. The first, the great Russian novelist Fyodor Dostoyevsky, describes in his own words how, in the aura of a seizure:

I felt the heaven was going down upon the earth and that it engulfed me. I have really touched God… . I don’t know if this felicity lasts for seconds, hours, or months, but believe me, for all the joys that life may bring, I would not exchange this one.

The second patient Sacks describes is a bus conductor who, at the onset of a seizure:

“was suddenly overcome with a feeling of bliss. He felt that he was literally in heaven. He collected the fares correctly, telling his passengers at the same time how pleased he was to be in heaven… . He remained in this state of exaltation, hearing divining and angelic voices, for two days.”

Three years later, however, the man experienced a series of three seizures on successive days, during which his mind cleared. “During this episode,” Sacks reports, “he lost his faith.”

To Sacks as to others, the fact that such experiences are associated with unusual electrical activity in the brain constitutes powerful evidence that epiphanies are grounded in neurological physiology. Experiences of God are not useless, because they can tell us a great deal about how the mind works. But they are, at least scientifically speaking, false. This and similar assertions have been advanced in the form of claims that subjects who don a “God helmet,” a device that produces low-level stimulation of the brain’s temporal lobe, experience similarly uncanny sensations.

While in no way directly refuting this line of argument, it is worth noting that the tradition of mystical experience is a remarkably rich and venerable one. Mary, the mother of Jesus, is reported to have been told by an angel that the Holy Spirit was upon her, and Francis of Assisi described a mystical experience of brotherhood with earthly creatures, extending even to the sun and moon. More recently, Mother Teresa wrote of the experience of “sharing in the passion of Jesus,” and Thomas Merton described his sudden realization one day on the streets of Louisville that “I loved all those people.”

When we encounter mystical experiences, we come to a fork in the road. One path, the one toward which Sacks points, is to explain them away in neurological or even psychopathological terms.

What the mystic experiences is an unusual pattern of neuronal discharge, a peculiar imbalance in neurotransmitters, or the expression of a deep unmet longing for purpose in life. When it comes to God and experiences of the transcendent, the higher must be understood in terms of the lower, and all real explanations must finally come to rest in our neurologic equipment.

The other path leads in a radically different direction. We could, to paraphrase William James, insist that the harmonic reveries of a Bach or Mozart represent nothing more than the dragging of catgut across horses’ hairs, but doing so fails to respect something strikingly real and moving in the experience of such works. Admittedly, such sublime experiences depend on the drawing of a bow or the striking of a key, but even once the acoustic and neurologic explanations have been fully rendered, there is a residuum – the experience of the transcendent – that has not been adequately accounted for.

From a mystic’s point of view, even our own bodies might appear complex beyond our imagining. Each adult human being consists of some 70 trillion cells, each one of which contains about 10,000 times as many molecules as the Milky Way has stars, and whose atoms in total number approximately 100 trillion. Even the most fundamental biochemical reaction in the body, the splitting of glucose to yield molecules of water, carbon dioxide and energy, occurs no fewer than septillions (10 followed by 24 zeroes) of times over the course of a single day.

Whether the mind is diseased or healthy, it seems exceedingly likely that there is more going on in the world, and even inside our own minds, than we are aware of. It is not unreasonable to predict that some aspects of it will forever exceed our grasp.

In telling the stories of patients whose afflictions reveal a glimpse of this complexity, Oliver Sacks was a master at evoking a sense of wonder. How strange, then, that this exceptionally imaginative human being seems to have eschewed all nonscientific explanations of the transcendent phenomena he so brilliantly described.

The Best Way to Get Unstuck