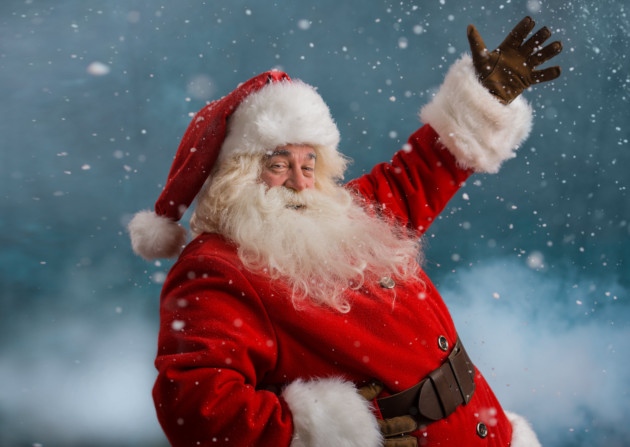 Shops are bursting with toys, mince pies are on the menu and radios are blasting out Christmas tunes – so it’s time for another festive favorite: lying to children. Millions of parents convince their kids Santa is real – but this lie may be damaging, according to experts. They also suggest parents may not be motivated by purely creating magic for their children, but by a desire to return to the joy of childhood themselves.

Writing in the Lancet Psychiatry, they say children’s trust in their parents may be undermined by the Santa lie.
“If they are capable of lying about something so special and magical, can they be relied upon to continue as the guardians of wisdom and truth?” they write.
They also say idea of an all-seeing North Pole intelligence agency which judges every child as naughty or nice is — when considered as an adult — terrifying.
Professor Boyle, of the University of Exeter, says: “The morality of making children believe in such myths has to be questioned.
“All children will eventually find out they’ve been consistently lied to for years, and this might make them wonder what other lies they’ve been told.
“Whether it’s right to make children believe in Father Christmas is an interesting question, and it’s also interesting to ask whether lying in this way will affect children in ways that have not been considered.”
The authors accept that lying to children may sometimes be right.
“An adult comforting a child and telling them that their recently deceased pet will go to a special place (animal heaven) is arguably nicer than telling graphic truths about its imminent re-entry into the carbon cycle,” they write.
But the Father Christmas fantasy may not be purely for the children, according to the authors.
For adults, it’s a chance to go back to a time when they believed in magic.
Dr McKay, of the University of New England, Australia, says: “The persistence of fandom in stories like Harry Potter, Star Wars and Doctor Who well into adulthood demonstrates this desire to briefly re-enter childhood.
“Many people may yearn for a time when imagination was accepted and encouraged, which may not be the case in adult life.” The essay concludes: “Might it be the case that the harshness of real life requires the creation of something better, something to believe in, something to hope for in the future or to return to a long-lost childhood a long time ago in a galaxy far far away?”
________________________________________
Story Source:
Materials provided by University of Exeter