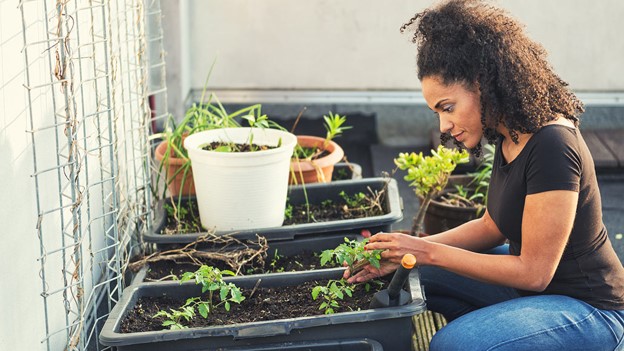 Lincoln Taiz and colleagues lament the rise of ‘plant neurobiology’

NOT THE SAME  Plants have no need for the brains, or the awareness, that animals have, researchers say.

Lincoln Taiz is peeved. Over the last decade or so, the retired plant biologist has watched the rise of the field of “plant neurobiology” with growing dismay.

That controversial field, which debuted in a 2006 article in Trends in Plant Science, is based on the idea that plants — which do not possess brains — nonetheless handle information in ways that resemble sophisticated animal nervous systems. This thinking implies that plants could feel happiness or sorrow or pain, make intentional decisions and even possess consciousness. But the chances of that are “effectively nil,” Taiz and colleagues write in an opinion piece in the Aug. 1 Trends in Plant Science.

“There’s nothing in the plant remotely comparable to the complexity of the animal brain,” says Taiz, of the University of California, Santa Cruz. “Nothing. And I’m a plant biologist. I love plants” — not because plants think like humans, he says, but for “how they live their plant lives.”

THORNY SUBJECT Plant biologist Lincoln Taiz pushes back against the field of “plant neurobiology,” arguing that plants aren’t conscious, nor do they need to be.L. TAIZ

Some plants are capable of sophisticated behavior. Wounded leaves can send warning signals to other parts of the plant, and noxious chemicals can deter munching predators. Some plants may even have a version of short-term memory: Tiny sensing hairs that line Venus flytraps’ insect prisons can count the touches that come from a bumbling insect (SN Online: 1/24/16). But plants perform these feats with equipment that’s very different from the nervous systems of animals, no brain required, Taiz contends.

He and colleagues point out methodological flaws in some of the studies that claim plants have brainlike command centers, animal-like nerve cells and oscillating patterns of electricity that are reminiscent of activity in animal brains. But beyond the debate over how these studies are conducted, Taiz’s team argues that plant consciousness doesn’t even make sense from an evolutionary point of view.

Sophisticated animal brains evolved in part to help an organism catch a meal and avoid becoming one, Taiz says. But plants are rooted to the ground and rely on sunlight for energy, a sedentary lifestyle that doesn’t require quick thinking or outwitting a predator — or the energetically expensive nervous systems that enable those behaviors.

“What use would consciousness be to a plant?” Taiz asks. The energy required to power awareness would be too costly, and the benefit from such awareness too small. If a plant fretted and suffered when faced with a threat, it would be wasting so much energy that it wouldn’t have any left to do anything about that threat, Taiz says.

Imagine a forest fire. “It’s unbearable to even consider the idea that plants would be sentient, conscious beings aware of the fact that they’re being burned to ashes, watching their saplings die in front of them,” Taiz says. The horrifying scenario illustrates “what it would actually cost a plant to have consciousness.”

Besides, plants have plenty to do without having to be conscious, too. With sunlight, carbon dioxide and water, plants create the compounds that sustain much of the rest of life on Earth, Taiz points out. “Isn’t that enough?”

Free Will Astrology, Week of July 30

What Does Winter Solstice Mean For You?