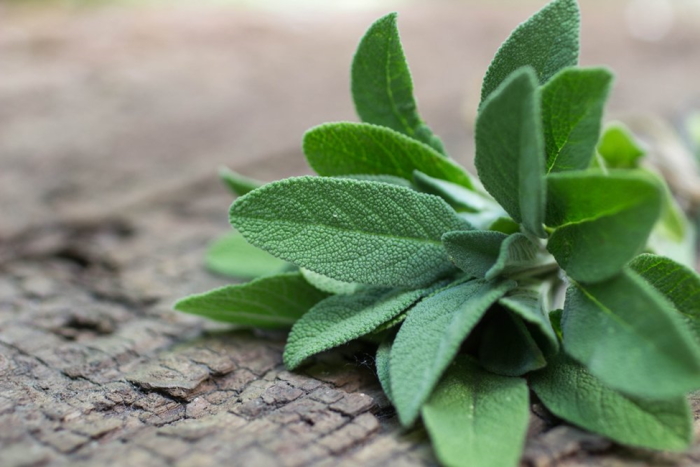 The world knows, everyone is terrified at the prospect of contracting any germ that could overwhelm the immune system, including seasonal flu, colds, and more. Yet, there is no need to be entirely overwhelmed. The answer is fully found in nature, especially wild nature. Viruses can’t stand up to the powers of wild plants, but even many commercial plants have the necessary power.

Regardless, it is crucial to fight back. People should not be allowed just to succumb. The great fight for the benefit of the immune system is found exclusively in nature, with the God-given wild nature being the most extremely powerful for providing all that humans need.

It is necessary to comprehend the natural sources, because, in fact, what else is there? When it comes to the spread of infection, medicine has proven impotent. Viruses and bacteria infect people, doing so globally, and no one can do anything about it. Obviously, for the majority of infectious diseases the standard recommendations of frequent hand-washing, the use of hand sanitizers, and now so-called social distancing, have proved largely impotent. Once the infected people arrive in the hospitals there is nothing but chaos. How could it be otherwise? There isn’t a single treatment known that is effective against halting these germs’ wild progression.

Now, it is time to turn to the natural kingdom, to the authoritative powers of aromatic and wild plants. Here, the top seven plants and/or their extracts are listed that can be taken advantage of to fight back against this condition. While this is no replacement for medical care, the issue is in this case there is no solid medical offerings. So, it only makes sense to rely upon plants and their extracts for supporting health and bolstering the immune system.

What are the other options? In fact, through the traditional approach there aren’t any. All that is described is how dire this is and how incredibly rapidly it is spreading, while all that medicine offers is to no avail. Images are shown of people dying in their secretions upon respirators. For nearly all people the situation appears hopeless. Yet, this is not the case. Through natural medicines there are dozens of answers. Here, among the most potent are selected and described.

It is crucial to realize—the fact is the almighty creator has already designed in advance the answer for this crisis. This is hot-tasting, aromatic foods and spices. It is also raw honey. All these dramatically aid the body in the fight against nasty viruses. Yet, the most potent of all is wild oregano. It has immense, natural antiviral powers, demonstrated in a number of studies. It also has strong antioxidant, antihistaminic, and anti-inflammatory capacities. Let us review this seven to see how it is possible to take advantage of their authority in this time of crisis:

Growing on the mountain tops in the deep Mediterranean wild oregano thrives where virtually no other plant can exist: above the tree lines. Here, it thrives on rock, being one of the only plants that can do so. In this respect it is even more powerful than trees. It is a great idea to consume such a sophisticated plant. The ideal forms are the whole, crude herb, the distilled oil extract in an extra virgin olive oil base, and the distillate water, known as the hydrosol, popularly known as the juice. Such wild oregano complexes greatly enhance human health. Through their intake the immune system is greatly strengthened, so it can more powerfully defend itself. As medicine has nothing to offer, certain nothing as clean, rarified, and potent as this, it would a good idea to consume it. While this is no attempt to preach almighty God took the care to mention this in a holy book, the Old Testament. Here, He deemed it a “purifying herb.” With all that is happening in the world today nothing could be more telling than this.

The studies confirming its powers are voluminous. One such study in abstract form found published in Antiviral Research shows astounding capacities against viruses, including the human coronavirus and the common flu.

Medicine might belittle this. Yet, there is no basis for doing so. There is no harm in taking the wild oregano, even with medications or other medical treatments. In fact, it would enhance any such treatments applied for reversing infectious conditions. Studies show it makes antibiotics were better, so that even the dosages can be reduced. People eat oregano oil as a food flavoring, though unwittingly. The worries and concerns have no basis. Avoid cheap imitations made from farm-raised, cloned oregano and/or tainted with synthetic additives.

It may not be that easy to get wild sage, at least not in the common marketplace. If it can be found, it can be made into a tea and also burnt as aromatherapy. It can also be found as an extract, distilled from the wild plant. Wild sage is optimal for lung and respiratory health. It is also a potent germicide. In work at Georgetown University it was found to kill all germs against which it was tested. Wild sage can be found as a key component of certain supplements for respiratory and immune health. Yet, even commercial sage is health-giving and should be consumed in cooking and food. It can also be made into a tea, though, once again, the truly wild type is superior.

Cumin seeds or the extract oil

According to work at Georgetown University cumin seed oil proved to be one of the most potent germicides known. Other work has shown that cumin seed extract and oil was active against various viruses, including herpes, causing a significant reduction in both growth and tissue damage. Cumin can be taken by the seeds themselves, the powdered spice, and/or the extract, as found in oil of cumin seed in an olive oil base or in the dried spice oil form, the latter being a potent respiratory support formula.

Everyone knowns that garlic is particularly strong, especially when consumed raw. In fact, in the raw form it is a powerful germ-killer. In one study by Cornell University garlic was found to be a universal germicide where no known pathogen, in this case, bacteria could resist it. So, for any microbial challenge be sure to consume garlic, especially in raw on gently cooked form. High-quality garlic supplements add to the benefits.

What a powerhouse for the germ fight that the seemingly lowly onions are. Squeeze and onion and drink the juice—surely, no germ can stand this. Science supports this. Work in 1997 by J. H. Kim found that it inhibited or killed all bacteria against which it was tested.

Honey is a major medicine unto humankind, so deems the Qur’an. This applies only to the raw, unprocessed type. For any major health concern that involves both inflammation and infection raw honey should be regularly consumed. This is true both for internal and skin conditions. The top raw honeys, though hard to find, are those derived from bees never fed sugar. Find these types of honey supplements and consume them regularly.

Black seed and its oil

A numbers of studies show that black seed and its expressed oil help modulate the immune system. They seem to tone it down when it is hyper-reactive. When the immune system is in overdrive, there can be toxicity throughout the body, including excessive and often dangerous inflammation. Black seed helps prevent this. Note Indian investigators treatment with the seed extract led to a “significant decrease in pathological changes in the lungs.” The black seed would work best if combined with wild oregano.

Use such wonderful food and supplements for optimal health. This is for the entire body, all organ systems. As a result of following this approach the individual will experience nothing but optimal health.

10 things good friends do not do!

Right path or wrong path – how do you know which is the right one for you?