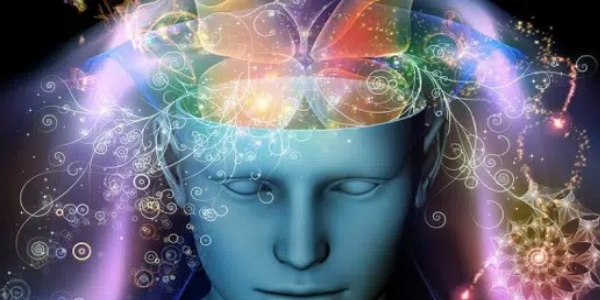 by Gareth Cook: For centuries, the idea of “healing thoughts” has held sway over the faithful.

In recent decades it’s fascinated the followers of all manner of self-help movements, including those whose main purpose seems to be separating the sick from their money. Now, though, a growing body of scientific research suggests that our mind can play an important role in healing our body — or in staying healthy in the first place. In the book Cure, the veteran science journalist Jo Marchant brings her critical eye to this fascinating new terrain, sharing the latest discoveries and telling the stories of the people —Iraq war veterans among them — who are being helped by cures aimed at both body and mind. Marchant answered questions from Mind Matters editor Gareth Cook.

You have taken on a topic where, historically, there has been a tremendous amount of quackery. What convinced you that there was a compelling scientific story to tell?
The misunderstandings and false claims were one of the elements that drew me to the topic of mind-body medicine in the first place. The mind influences physiology in many ways — from stress to sexual arousal — so it has always seemed reasonable to me that it might impact health. Yet the question has become so polarized: advocates of alternative medicine claim miracle cures, while many conventional scientists and doctors insist any suggestion of “healing thoughts” is deluded.

I was interested in those clashing philosophies: I wanted to look at why it is so difficult to have a reasoned debate about this issue. What drives so many people to believe in the pseudoscientific claims of alternative therapists, and why are skeptics so resistant to any suggestion that the mind might influence health?

At the same time, I wanted to dig through the scientific research to find out what the evidence really says about the mind’s effects on the body. That took me around the world, interviewing scientists who are investigating this question (often struggling for funding or risking their reputations to do so) and their results persuaded me that as well as being an interesting sociological or philosophical story, this was a compelling scientific one.

Examples include trials demonstrating that hypnotherapy is a highly effective treatment for patients with irritable bowel syndrome (IBS), and studies showing that perceived stress correlates with telomere length in cells. But what I personally found most convincing were studies suggesting an evolutionary rationale for the mind’s influence on health.

There are now several lines of research suggesting that our mental perception of the world constantly informs and guides our immune system in a way that makes us better able to respond to future threats. That was a sort of ‘aha’ moment for me — where the idea of an entwined mind and body suddenly made more scientific sense than an ephemeral consciousness that’s somehow separated from our physical selves.

What is known about what the placebo effect actually is, and what do you see as the biggest open questions?
“Placebo effect” can be a confusing term, because it has several different meanings. It is sometimes used to cover anyone who feels better after receiving placebo (or fake) treatment, which of course includes all those people who would have improved anyway. But researchers are finding that taking a placebo can also have specific, measurable effects on the brain and body.

As neuroscientist Fabrizio Benedetti, one of the pioneers of placebo research, puts it, there isn’t just one placebo effect but many. Placebo painkillers can trigger the release of natural pain-relieving chemicals called endorphins. Patients with Parkinson’s disease respond to placebos with a flood of dopamine. Fake oxygen, given to someone at altitude, has been shown to cut levels of neurotransmitters called prostaglandins (which dilate blood vessels, among other things, and are responsible for many of the symptoms of altitude sickness).

None of these biological effects are caused by placebos themselves, which are by definition inert. They are triggered by our psychological response to those fake treatments. The active ingredients are complex and not fully understood but include our expectation that we will feel better (which in turn is affected by all sorts of factors such as our previous experience with treatment, how impressive or invasive a treatment is, and whether we’re an optimistic person) and feeling listened to and cared for.

Another element is conditioning, where if we learn to associate a particular treatment — taking a pill, say — with a certain biological response, we experience that response when we take a similar pill in the future, even if it’s a placebo. This influences physiological functions such as hormone levels and immune responses, and works regardless of our conscious beliefs.

Future questions include teasing out the psychological factors that shape placebo responses, and investigating why honest placebos (where someone knows they are taking a placebo) seem to work — this research has barely begun. Scientists also want to pin down exactly what conditions placebos work for (most research so far is on a few model systems, like pain, depression and Parkinson’s), and who they work for (both genes and personality seem to play a role). And then of course there is the question of how we can maximize these responses, and integrate them into routine clinical care in an honest way.

Have you experienced any of these mind-over-body effects yourself?
I took a placebo pill that I ordered online and it did get rid of a bad headache within about 20 minutes, but of course that’s not a scientific trial. Perhaps my headache would have faded anyway. I also experienced the value of social support when giving birth to my two children. I had dramatically different outcomes when supported by midwives I knew and trusted, compared to a series of strangers. Again, my case doesn’t prove anything on its own but this effect is borne out in trials with thousands of women: continuous one-on-one support during labour is one of the only known interventions that reduces the risk of surgery during childbirth.

Mostly though, I experienced the effects I describe in the book through talking to people treated using some of these approaches, often participants in clinical trials. They included a kidney transplant patient drinking a lavender-flavoured milk to calm his hostile immune system; people who have suffered decades of recurrent depression now kept well by mindfulness training; and pilgrims seeking healing at the religious sanctuary of Lourdes in France. Meeting these people took this beyond an intellectual project for me. They showed me how the scientific findings aren’t just statistics on the page but have the power to transform lives.

You write about burn victims who are being treated, in part, with virtual reality. Can you explain this, and what lessons you think it holds?
This is another therapy I got to try — researchers in Seattle have developed a virtual reality landscape called Snow World. You fly around inside an ice canyon and fire snowballs at characters inside the game, such as penguins and snowmen. It’s meant to work as a painkiller: the idea is that the brain has a limited capacity for attention, so if the ice canyon commands that attention, there is less capacity left over for experiencing pain. When I tried Snow World, the researchers used a heated box to simulate a burn to my foot – it was quite painful outside the game, but once immersed, I had so much fun I barely noticed it.

This technique was developed to help burn victims — they have to undergo agonizing sessions of wound treatment and physiotherapy. Even when taking the maximum safe dose of painkillers these patients are often still left in horrible pain. Trials show that undergoing these sessions while immersed in Snow World reduces their pain by an extra 15-40% on top of the relief they get from drugs.

This is just one of many lines of research telling us that the brain plays a big role in determining the level of pain we feel. Of course any physical damage is important, but it is neither sufficient nor necessary for us to feel pain. So I think we’ve got our approach to pain all wrong. Our focus is almost exclusively on trying to banish it with drugs, which is incredibly costly and causes huge problems with side effects and addiction. Research like Snow World shows the potential of psychological approaches for treating pain: both to maximize the effectiveness of drugs and perhaps in some cases to replace them.

The truth about karma

What Your Sleeping Position Reveals About You