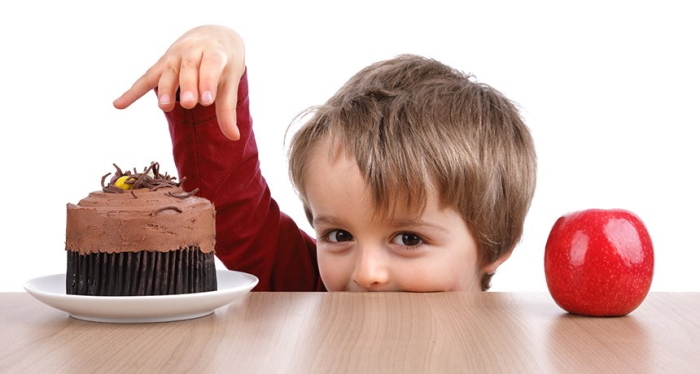 When 2-year-olds were asked a series of “this or that” questions, the toddlers showed strong preferences — but not for the reasons you’d think.

My youngest child, now just over a year old, has started to talk. Even though I’ve experienced this process with my older two, it’s absolutely thrilling. He is putting words to the thoughts that swirl around in his sweet little head, making his mind a little less mysterious to the rest of us.

But these early words may not mean what we think they mean, a new study hints. Unsurprisingly, when 2-year-olds were asked a series of “this or that” questions, the toddlers showed strong preferences — but not for the reasons you’d think. Overwhelmingly, the toddlers answered the questions with the last choice given.

That bias, described in PLOS ONE, suggests that young children’s answers to these sorts of questions don’t actually reflect their desires. Instead, kids may simply be echoing the last thing they heard.

This verbal quirk can be used by parents to great effect, as the researchers point out in the title of their paper: “Cake or broccoli?” More fundamentally, the results raise questions about what sort of information a verbal answer actually pulls out of a young child’s mind. This murkiness is especially troublesome when it comes to questions whose answers call for adult action, such as: “Did you hit your sister on purpose or on accident?”

In the first series of experiments, researchers led by Emily Sumner at the University of California, Irvine, asked 24 1- and 2-year-olds a bunch of two-choice questions, some of which involved a polar bear named Rori or a grizzly bear named Quinn. One question, for example, was, “Does Rori live in an igloo or a tepee?” Later, the researchers switched the bear and the order of the options, asking, for example, “Does Quinn live in a tepee or an igloo?”

The toddlers could answer either verbally or, for reluctant speakers, by pointing at one of two stickers that showed the choices. When the children answered the questions by pointing, they chose the second option about half the time, right around chance. But when the toddlers spoke their answers, they chose the second option 85 percent of the time, regardless of the bear.

This abundance of second options selected — a habit known as the recency bias — might be due to the fact that young children have trouble holding the first option in mind, the researchers suspect. Other experiments showed that children’s tendency toward the second option got stronger when the words got longer.

Adults actually have the opposite tendency: We’re more inclined to choose the first option we’re given (the primacy bias). To see when this shift from last to first occurs, the researchers studied transcripts of conversations held between adults and children ages 1.5 to 4. In these natural conversations, 2-year-olds were more likely to choose the second option. But 3- and 4-year-olds didn’t show this bias, suggesting that the window closes around then.

The results hold a multitude of delightful parenting hacks: “Would you like to jump on the bed all night, or go to sleep?” But more importantly, the study serves as a reminder that the utterances of small children, while fascinating, may not carry the same meanings as those that come from more mature speakers. If you really want a straight answer, consider showing the two options to the toddler. But if you go that route, be prepared to hand over the cake.

No, you cannot heal your own chakras!