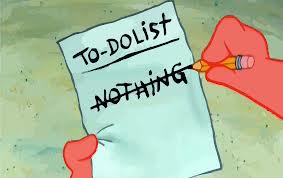 Happiness is good for you but not all the time—and other insights from The Greater Good Science Center.

Here are 10 scientific insights published in peer-reviewed journals that we anticipate will be cited in scientific studies, help shift public debate, and change individual behavior in the year to come.

1. A meaningful life is different—and healthier—than a happy one.

The research we cover here at the Greater Good Science Center is often referred to as “the science of happiness,” yet our tagline is “The Science of a Meaningful Life.” Meaning, happiness—is there a difference?
New research suggests that there is. When a study in the Journal of Positive Psychology tried to disentangle the concepts of “meaning” and “happiness” by surveying roughly 400 Americans, it found considerable overlap between the two—but also some key distinctions.
Based on those surveys, for instance feeling good and having one’s needs met seem integral to happiness but unrelated to meaning. Happy people seem to dwell in the present moment, not the past or future, whereas meaning seems to involve linking past, present, and future. People derive meaningfulness (but not necessarily happiness) from helping others—being a “giver”—whereas people derive happiness (but not necessarily meaningfulness) from being a “taker.”
And while social connections are important to meaning and happiness, the type of connection matters: Spending time with friends is important to happiness but not meaning, whereas the opposite is true for spending time with loved ones.
And other research published in the Proceedings of the National Academy of Sciences suggests that these differences might have important implications for our health. When Barbara Fredrickson and Steve Cole compared the immune cells of people who reported being “happy” with those of people who reported “a sense of direction and meaning,” the people leading meaningful lives seemed to have stronger immune systems.

How Your Finger Shape Determines Your Personality

PAST LIFE READINGS WITH ELAINE SOLLITT