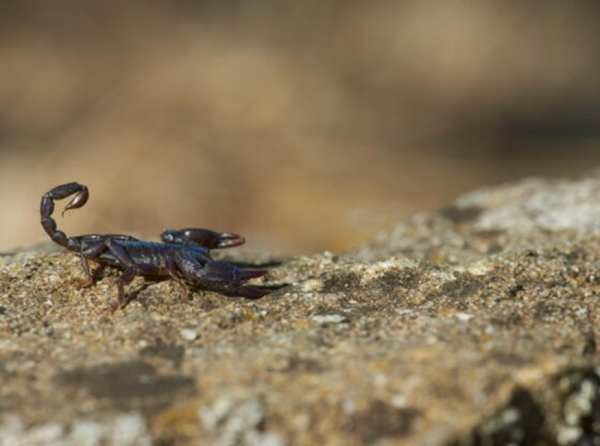 I would like to preface this article by stating that everyone is powerful and strong in their own ways. There is no one particular zodiac sign who has more tenacity or power over others. However, if we go by the planets that rule the signs, we can access which ones are able to temper matters and stay the course without distraction. And, who can win without having to open their mouths.

Being that Scorpio has two planetary rulers, Mars and Pluto, they are extremely powerful. Mars is the planet of action, and it allows Scorpio to get things done without any haste. They have the capacity to take on projects and complete them swiftly. Pluto, which is her other planetary ruler, is the lord of the underworld. This gives Scorpio the strength and power to transform into another state of being. They can live on the earth in the sunlight and be just as happy in the darkness in the underworld. The ability to evolve and transcend makes them extremely powerful. Plus, they have stingers which come out when they are aggravated that can poison others without a hitch.

Aries is the first sign of the zodiac, which means that they have a lot of fiery gusto and passion that is often brooding beneath the surface. Their planetary ruler is Mars, thus allowing the ram to be fierce and desirous and attaining their goals. Their ability to assert their well and bravado without caring about the consequences it may bring allows them to be a dominant force in astrology. Also, they tend to get situations and relationships started fast, even though things may fizzle out that doesn’t stop them from initiating projects. Their determination to be number one and win at all costs makes Aries a force to be reckoned with.

Leo is one of the strongest zodiac signs because they are ruled by the sun. This means that they have a vital life force giving them energy and fire to work with at all times. Leo’s are warriors and will fight at any cost to get their point known. Never compromising, a lion will roar and scare others away when they do not align with their views. After all, a lion rules the jungle and is known to be regal — all the more reason why this zesty sign has a tenacious will that fights till death and won’t ever give up. Determination and stamina are essential components of Leo that make them powerful.

Capricorn is a cardinal sign, making it an initiator of the zodiac. Being that this sign falls at the beginning of winter in the northern hemisphere, Capricorns have the power to take on many projects and manifest greatness. They are the ones who work hard, play hard, and never give up — even in the face of adversity. They can be a little bit prickly because they are no-nonsense people. They want to ensure that everyone plays by the rules to get their fill of work and money. Then, they can goof off.

If you have ever met a Taurus, you know that they are very hard workers and assert their creativity into all projects that they take on. When they are not working, they tend to be a little bit lazier, but that is because it asserted all of their energy into projects and relationships. They are the doers and workers of the zodiac who enjoy reaping the rewards that they receive from a job well done. What makes them strong is their stubbornness and inflexibility in life. This actually is one of their strengths, not their downfall. They are extremely loyal, and wavering, and reliable due to this energy that they possess within themselves.

Play Capricorn and Aries, cancer is a cardinal sign that falls at the beginning of the season. Cancer time falls on the summer solstice in the Northern Hemisphere. The reason why cancer is an extremely strong zodiac sign is because they are ruled by the moon, who controls the tides of the ocean which affects us all because we are all part water. They also are emotionally mature and in touch with their emotions most of the time. Another reason why cancer is strong is because the crowd is one of the few animals who hunts and nests at the same time. Therefore, they are the providers and the nurtures of their family. Always protecting those they care about, they are able to give all of their being into helping others.

Lisa Stardust has been a professional astrologer for well over a decade and has written for Vogue, Teen Vogue, the Hoodwitch, Oprah Daily, Refinery29, InStyle magazine, Brit + Co, Girlboss, The Today Show, Cosmopolitan and many more.

How Does Anesthesia Work? We Still Don’t Know: What Happens When Someone Goes “Under”?

Is There Life After Death? Scientists on Both Sides of Eternal Question