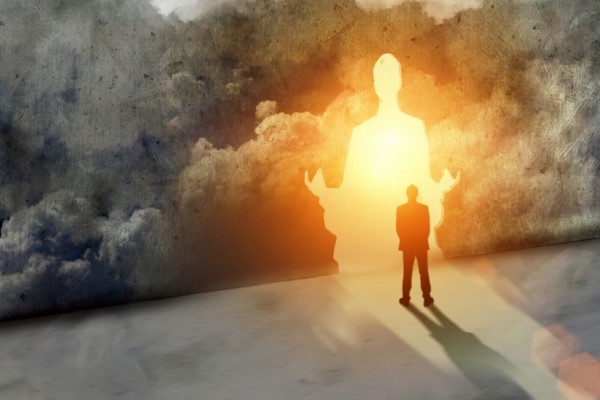 Towards the end of May, I and another medium/healer toured the South Island, doing readings, holding workshops and speaking at the local churches. During one of my readings, this lady asked me, “How many guides do I have?”. I said “None”; she replied, ‘if I have no guides, then who do I pray to?’. I replied, ‘you pray to God!’. She then said, ‘I am not allowed op pray to God direct because I am not worthy’.

That has inspired this discourse.

I wonder what your reactions would be if I was to talk about the benefits of the occult, the sanctity of Satanic worship, the security in witchcraft and the truths found in black magic?

Will, I ask you to stop for just a minute and think. That is what other people think we do. So, as we have judged the Satanists, Warlocks and witches, so too are we judged. Others think that what we do is evil. It’s not nice to be judged, is it?

The Satanists, witches and thaumaturgists have just as much right to believe in their faith, as you do yours. An important creed of mine is, That while I may disagree with what you say , I will defend  till my death your right to say it! You see nothing is good or bad, but thinking makes it so. The energy behind the black magic is the same energy behind the white magic. Although, to me, any magic white or black is still plain old magic and hence it is all wasteful, regardless. But that’s another subject.

By judging others, what we are doing is saying to ourselves, ‘I am right and they are wrong’. Humankind has to do this to give its self support and encouragement to be itself. It is human nature to defend that which is weak, and by placing one self above another, all we are doing is demonstrating, to those who can see, that we do not have the confidence in our own beliefs that we would desire. Judgement is a weakness of character.

By making judgements we are creating a link between ourselves and the other party. The relationship between us as two separate identities is combined and one feeds of the other. We need the other so that we can say we are better. This becomes a co-dependant relationship and it was created because in Metaphysics we created the link. The secret therefore is to not create links, not to need other people to compare ourselves to. In doing this we are then, standing in our own light. This is called self empowered. This is what enlightenment is all about. Being true to yourself without the need to be recognized by others and without the need to measure ourselves against others.

Does this make sense to you.

Holistic means being whole. Being The one. Gathering up all the fragments of ourselves and just being ourselves.

If you agree with this then it leads to an interesting enigma for you to consider. If by needing other people to measure our own self. Co dependant. Then is not that the same as needing spirit guides to make our decisions for us. You see, the way I see it is that it is easier to say, ‘Spirit told me’, than it is to say, ‘I decided’. Walking in your own light also means walking not with your spirit guides behind you, but with your spirit guides within you. If you find yourself say, My higher self says this, then it is time to recall your higher-self back into your self. Claim back that that is you. By having a higher self you are separating yourself when we should be bringing ourselves together. I never say, my higher self says ‘do this or do that’. I say, ‘I say do this or do that’.  You will never be your higher self if you leave your higher self up in the air.  Is not that an objective to enlightenment, self empowerment. Being one.

I worry about guides. I see God sitting up in his kingdom, looking down on earth watching all the people talking to the guides and not to him. Some of these guides per se, are created by your own thought patterns to merely enable yourself to talk to yourself – which all seems a bit fragmented, if you ask me. Cut out the middle man. Commune direct with God. Have you ever considered that a guide could, just may be, an aspect of your higher self.

People who are steeped in religion are bound by their traditions and by their fear of the unknown. People thus, build for themselves walls of prejudice, walls of belief, walls of credulous thought, walls of great fear against which they fight, trying to escape from the very walls they themselves have built. The struggle is useless if you are not free from the very gods you worship, from the interpreters who guide you, from guides that may not even exist. Each guide, each interpreter of truth, translates that Truth according to their own limited vision. If you depend on the interpreter for your understanding, you will only learn the truth according to their limitations. But if you establish the goal for yourself, if you strengthen your own desire for truth, if you embrace self empowerment and test the keenness of the desire by observation, by welcoming sorrow and experience, then you need have no mediators, then there need exist nothing between you and your goal, between you and the truth, between you and your God.

Take responsibility for your own actions, rather than saying, ‘ my guide told me to’. That to me is like saying German Prison Guards were innocent because Hitler told them to. Yet, they were still tried and found guilty. Take responsibility for your own thoughts, your own beliefs, take self empowerment and commune with the one almighty father of which we are a fragment of. Give your guides a rest. It may no longer be necessary to have them. Tidy up your mind and defragment your different personas.

You can start doing this, by not judging others, as you too, are judged.

The Power of the New Moon

Clean and Green – Keep a Hygienic House with These Natural, Non-Toxic Cleaning Products