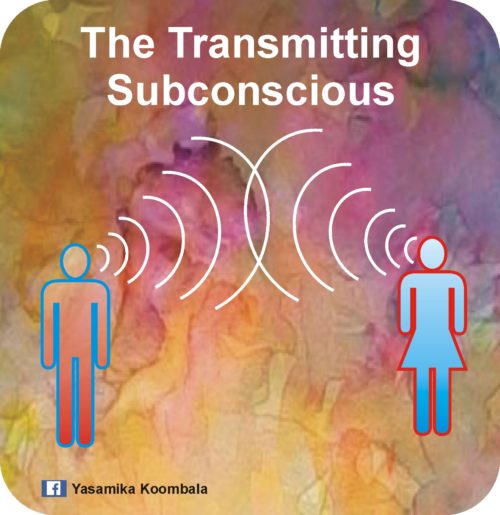 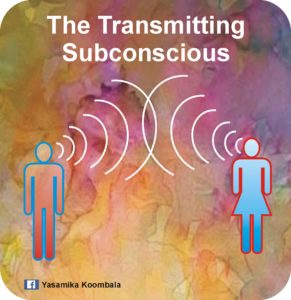 One of the jobs of the subconscious Ego is to create positive emotional energy for itself. The Ego reads or computes this positive energy as LOVE. The Ego is very good at it’s job and to make sure the perfect emotional effect (LOVE) is received, it has to create the right environment or reality which includes a cast of players and roles: goodies, baddies, rescuer, victim etc.

This world is a stage of life for people to play out their karmic cause and effect mind programs, and the entire stage is created to make sure the positive effect is manifested. Whilst a person is on the stage transitioning or moving from one reality into another the subconscious Ego has already transmitting into the future to attract the right cast members for the perfect cause – negative or positive, to create the effect of Love. If a person has victim karma their subconscious will be sending out for humans, dogs, wasps, sharks, weather; anything to get them some victim effect, usually in the form of sympathy and self pity from another being. Some people manifest victim-hood in order to be protected and sheltered.

To play out a scenario, a person needs another person, being or object to fill the other 50% of the karmic equation. Here are some such equations to think about:

Victim Subconsciously calls in a Dominator

Rescuer Subconsciously calls in a Victim or a Needy Person

Police Subconsciously calls in a Criminal or Victim

Teacher Subconsciously calls in a Learner

Healer Subconsciously calls in the Ill or Injured

Helper Subconsciously calls in the Helpless

Fixer Subconsciously calls in the broken

Every role has another side to it, much like the dark side of the moon or the B side on a vinyl record, and all of these 50% equations will also be played out in reverse, which I call the “Flip”;

The ‘Rescuer’ will also play out the ‘Victim’ etc …

This 50% equation makes everyone accountable for their own conscious and subconscious manifestations. No one can escape this mortal level playing field if they have karma.

Be aware of anyone who says they are greater than everyone else, or of a higher state of consciousness, vibration or frequency. Some of these types claim that they are ‘transparent’ or ‘karma-free’. Sit back and see if a ‘highly evolved’ person manifests any drama: mentally, physically or emotionally in their life.

Drama rhymes with karma for a reason. Drama is the signpost of subconscious karmic cause and effect programming.

If something happens to me, does that mean I have a program to create it? Yes! Otherwise it would never happen to you!

The lore is easy; if it happens to you, you have it!!

This stuff works on a 50/50 basis; it takes two beings, each with 50% of the equation to manifest 100% of all manifested experiences.

“It takes two hands to clap together to make a noise.”

To get an effect, a victim must first manifest a perpetrator/dominator, so the subconscious mind transmits out to find the other 50% of the equation for the dramatic experience.

When a person starts clearing their karma, it is their job to own their own 50% and clear it.

When their 50% is cleared, it is impossible for another being to transmit to them to create the same type of drama for effect again. What actually happens is that you become invisible to that drama, and it is karmicly impossible for it happen again. It will play out all around you, but no-thing or no-one will transmit or hook you in to it.

To make a noise it takes two hands clapping. Take one hand away and how much noise will be made?

Note: This is very different to consciously blocking out life, ignoring it and pretending no-thing is happening. That is a very mortal way of dealing with a discordant situation and we all know it well.

A lot of people say “I don’t want that to happen in my life.”

However, with subconscious programming, it is what you have rather than what you want.

And that is a different ball game.

The subconscious rules are easy;

When you start to take responsibility for your karma and begin to clear it, you free yourself from perceived negative “You’ll get what you’ve got” programmes.

Book a mirimiri/healing with Cherilyn Whitestar

Check out our new Healer Pamela-Rose!!!!!