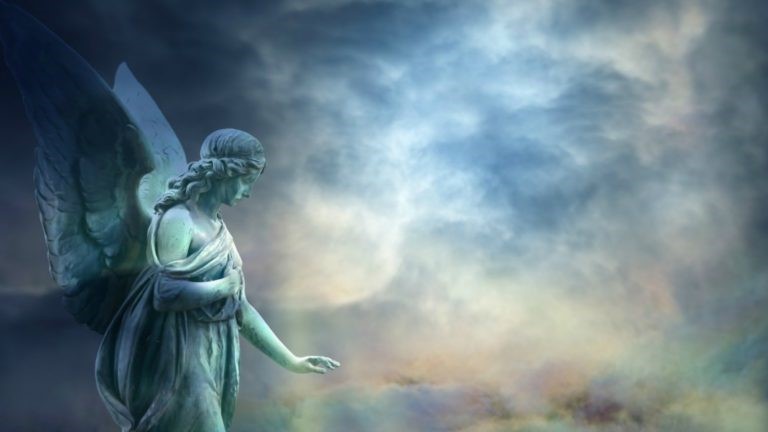 From noted references inserted in ancient texts to featured characters in blockbuster films to recent in-person encounters, archangels have become anchored as fixtures in mainstream culture, both historically and presently, who may be called upon by Earth-dwelling beings seeking support during the unraveling of various mortal experiences.

According to Doreen Virtue, highly regarded author and psychologist, there are three genres of angels, or ethereal, divine spiritual agents, which serve as messengers between humans and their believed higher powers. The first angel tier consists of guardian angels, or an unexplainable felt presence said to unconditionally look out for the personal safety, happiness, and well-being of individuals.

The second tier consists of angels, of which may be called upon by any person for guidance, in exchange for simple acts of gratitude.

The third tier consists of archangels, who are described as “managers” of all the angels (appropriately named given the prefix “arch” translates as “chief” or “ruler” in Greek) and, in some belief systems, act as stewards for the four elements of nature. Exempt from the restrictions of the space time continuum, archangels are said to be capable of simultaneously answering any and every beckoning call placed upon them by human beings.

How Many Archangels Are There?

There are many schools of thought when it comes to the number of archangels which exist, each represented by his or her own mythological significance and history. Several well known archangels appear in the literature and works of art produced by varying belief systems and cultures, and are included in such mediums across spans of time.

Spiritual advisor Radleigh Valentine suggests that each of us has at least two guardian angels assigned to us at birth to look out for our individual physical, mental, and emotional wellbeing. Our realm of existence in this lifetime is composed of several elements which are ever-changing and interacting in concert (think earth, air, water, fire); within our individual vessels a similar chemistry unfolds on a smaller scale. Just as the archangels orchestrate elements, they can act as guides for human beings when called upon.

Known as the most powerful of the archangels, Michael is widely regarded as a great protector of physical, mental, and emotional fitness as well as material possessions.

Michael can be called upon as a source of strength, guidance, and release when one is feeling fearful and misled.

Represented by the element of fire, Michael assists in the removal of energetic blockages, the work of Michael can steer individuals in the direction of his or her burning desires and purpose.

An agent of healing, Raphael has long served as a source for those seeking physical, mental, and emotional fortification after and during experiencing injury, addiction, and imbalance; this archangel is also a guide for those offering healing services professionally from doctors to therapists to teachers of yoga and meditation. Raphael watches out for travelers, ensuring smooth transitions and safety over the course of one’s journeys.

Rather appropriately, this angelic being is often associated with the element of air; Raphael can help those seeking his guidance find a sense of lightness and clarity, and lay groundwork for reinstating stability.

Whether it be coming back to the physical body or a geographic location, Raphael ensures those requesting his presence return home.

This archangel serves as a bridge to understanding between self and self, and self and others. Gabriel is recognized in many traditions as the female counterpart to Michael in terms of rank.

As the patron of communication, Gabriel is a resource of inspiration and helps to abolish procrastination and hesitation tendencies, which can become blocks for individual expression and intuition.

The removal of such obstacles allows for those asking for Gabriel’s aid to submerge themselves in the flow of experiencing, making space for fertility in all its forms: creativity, child-rearing and -bearing, and fiduciary abundance. The archangel correlated with the element of water, the source of all life, assures that those petitioning for assistance effortlessly float through their endeavors rather than drown in overwhelm.

Doreen Virtue likens the presence of Uriel to a “wise uncle.”.

Uriel personifies wisdom and intelligence, and can be referenced in situations involving learning, conflict resolution, and making decisions.

By establishing clarity and truth through knowledge, Uriel supports in the act of grounding. Fittingly, Uriel is an agent of the earth element, and is known for reminding those seeking his assistance that the answers are rooted within self.

How to Find Your Archangel Guides

How do we connect to the appropriate archangel guide to match our particular circumstances and experiences?

A little research can go a long way. Start by getting clear within. What is it you are seeking to fortify or abolish; what do you need or desire? From there, different sources can aid you in determining which archangel will be most beneficial for you to be interacting with.

Accessing connection to an archangel can be done in a matter of minutes. Inspired by the offerings of Margaret Donor, a Past Life Regression Therapist and author, the below steps can help in establishing an intentional, clear pathway for communication:

How to Ask Your Angels For Help

Once we find the fitting angel guide, how do we ask for assistance?

Just as each archangel corresponds with different elements and situations, we can vary with the manner in which we interact with their energies. Generally speaking, Tom T. Moore, author and entertainment executive, suggests making asks as “benevolent prayers.”

He believes in speaking out loud or writing down asks to higher beings, increasing the potency of the energy behind whatever inquiry you may have, following this formula: “I ask any and all beings to [your ask]. Thank you.”

Moore conveys that by speaking out loud, you are making an affirmation, strengthening your personal belief in the importance and the reality of whatever you are seeking to shift or remedy. Including a message of gratitude is of utmost importance according to Moore.

Since every ask, human experience, and belief system is different, there are a multitude of ways in which we are able to communicate with angel guides such as speaking directly, praying, meditation, dreams, and manifestation.

Doreen notes each person possesses certain psychic abilities, which she references as verifiable in studies conducted as several major universities. Doreen suggests delivering a prayer, or asking of any kind, to an angel through thinking or speaking out loud, repeating yourself three times. This instills confidence for you as the seeker of answers that you are capable of handling the outcome of your ask.

Are you frantically looking for happiness? – read this!