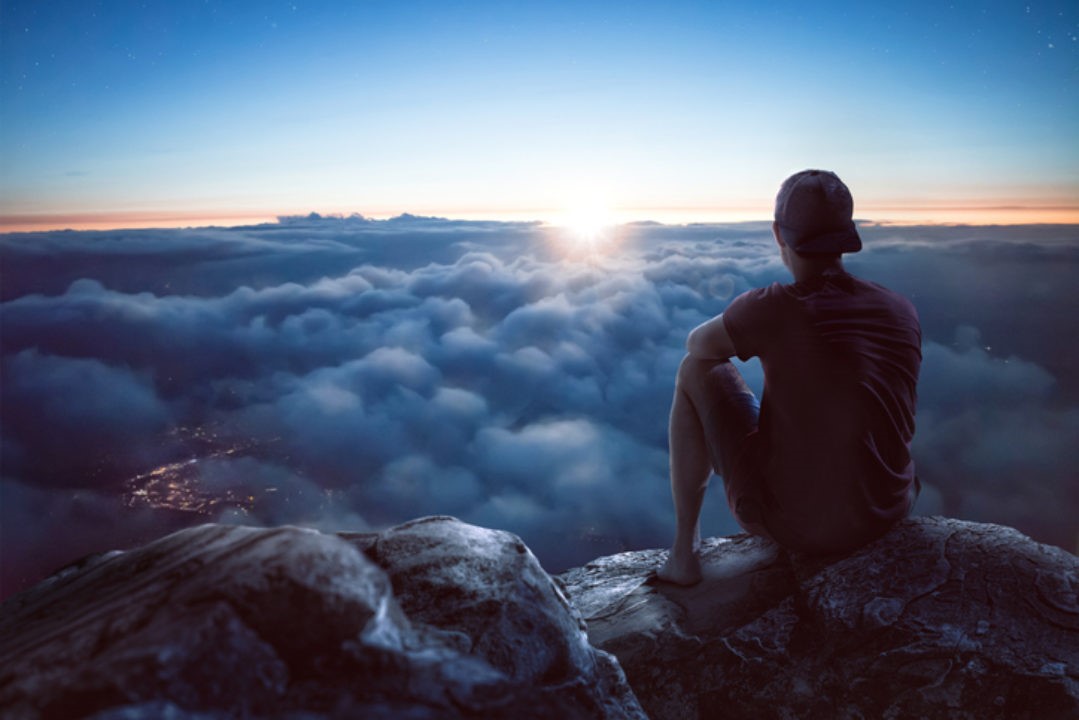 Just because you believe it doesn’t make it so. Good news: You can retrain your brain to challenge and conquer beliefs that limit you.

It’s been said all psychological fears stem from the fear of death. It’s the great unknown. Yet I would go one step further and say it’s really one’s belief about death that causes a lot of anxiety.

The good news is: Many of your beliefs are unfounded and can be altered or discarded.

How Beliefs Are Formed

Beliefs are formed through consistent and repetitive thoughts: thoughts about yourself and how life works; thoughts and ideas passed down to you repeatedly by your parents, society, culture, and religions, many of which remain completely unconscious until examined.

Many otherwise mature, responsible individuals never take the crucial step of challenging beliefs in the adulting process. Instead, they go through life in a state of arrested development—stuck in their belief system and thinking they are as grown up as they will ever be.

Adult women often joke about waking up one day to discover they have turned into their mothers. In essence, you tend to absorb the beliefs and behaviors of those with whom you spend the most time. But, self-examination can help you move beyond these behaviors to express your own unique individualism.

You may think you have set aside all the negative and erroneous beliefs passed down to you once you reach the designated age of maturity. Yet, absent examination, some of these ingrained assumptions can act more like a disease that goes into remission, only to resurface at the first sign of stress or trauma.

Many people grow up believing they aren’t good enough, smart enough, talented enough. Even those born into “good” families grow up with beliefs that still need to be examined as an adult if they want to live their most authentic life.

The beliefs that hold the most power over you (for good or ill) are those of which you aren’t even aware. These are so embedded in your psyche, you are not even conscious of them.

Then there are the hardest beliefs to uncover. Those that have roots so deep, you do not even view them as beliefs—you take them as facts of reality.

Think about it: It was once presumed the world was flat; the sun was a God; people who experienced seizures were possessed by demons. Yet these suppositions were not facts of reality at all. They were merely beliefs held about reality that have since been debunked.

Belief systems like those adopted by religious organizations do serve a purpose. However, along with the good doctrine (such as teaching us to love one another), there is also bad doctrine, originally created to frighten people into submission. These belief systems need to evolve as we evolve.

A good belief system works like the magic rock a good parent gives his child to keep in his pocket so he can carry it with him when he needs more confidence. Ideally, as the child matures, he comes to understand the rock as only a tool he was always meant to outgrow.

How to Shift Perspective

My religious upbringing left me with fears about the afterlife. So, as an adult, I studied other religions, philosophy, and metaphysics. I also read books about nonreligious people who had positive near-death experiences, as well as books about people who had undergone regression hypnotherapy, only to remember past lives, life-between-lives, and soul groups.

Because of my religious indoctrination, I couldn’t believe some of the stories at first, so I read them as if they were science fiction. Interestingly, my perspectives still shifted, broadened, stretched, and grew.

I found that when you entertain an idea long enough, it doesn’t seem so far-fetched anymore. Eventually, I experienced a permanent alteration in my beliefs that greatly benefited my growth and gave me more peace of mind.

How to Overcome Limiting Beliefs

Aside from reading voraciously about other people’s experiences that didn’t match what I had been taught growing up, I also began sitting quietly in contemplation on a daily basis. I began to notice my own thoughts. As I continued to practice, many beliefs I held—both negative and positive—came up for review.

This awareness is half the battle. The other half is in remaining aware, which is accomplished by continuing to practice. Eventually, it becomes second nature to question ideas before they become entrenched beliefs.

Cognitive therapy, dream analysis, and stream-of-consciousness journaling are other methods that can also assist you in up-leveling beliefs. The most important thing is making the commitment to challenge assumptions. The specific method that works best will surface as you move in that general direction. In fact, the minute you make the decision to question your beliefs, something inside you will have already loosened.

The outside world is a materialization of individual and collective beliefs. Because it reflects your previously held beliefs, it will appear to justify them. Yet, when you hold to new beliefs in faith, they eventually materialize in your outer experience. So it’s important not to allow what you witness happening on the outside to derail your inner intentions and resolve.

Spiritual growth is an ongoing process that takes time. There is no quick fix or magic pill you can take to attain soul-actualization. Yet, with every step you take toward awareness and illumination, you will notice subtle changes in your attitude, your relationships, and your level of peace. You learn to enjoy the baby steps because you never “arrive” anyway. You only and always continue to advance.

The universe is constantly expanding and consciousness is forever evolving. Likewise, we too progress and learn to live more fearlessly, both individually and collectively, as we examine and challenge our beliefs.

The Laws of Unintended Consequences