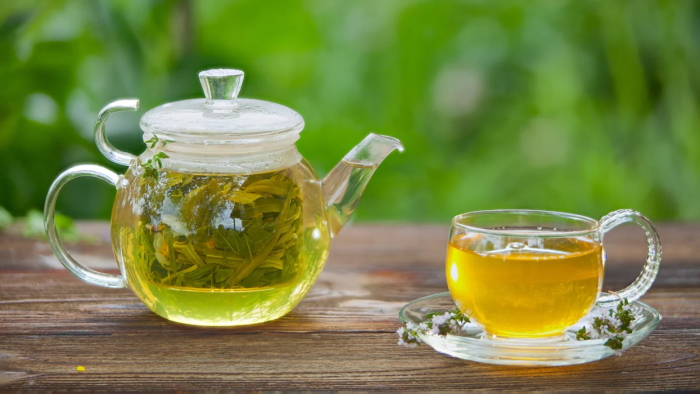 Drinking plenty of both green tea and coffee is linked to a lower risk of dying from any cause among people with type 2 diabetes, suggests research published in the online journal BMJ Open Diabetes Research & Care.

Drinking 4 or more daily cups of green tea plus 2 or more of coffee was associated with a 63% lower risk of death over a period of around 5 years, the findings show.

People with type 2 diabetes are more prone to circulatory diseases, dementia, cancer, and bone fractures. And despite an increasing number of effective drugs, lifestyle modifications, such as exercise and diet, remain a cornerstone of treatment.

Previously published research suggests that regularly drinking green tea and coffee may be beneficial for health because of the various bioactive compounds these beverages contain.

But few of these studies have been carried out in people with diabetes. The researchers therefore decided to explore the potential impact of green tea and coffee, separately and combined, on the risk of death among people with the condition.

All of them had been enrolled in The Fukuoka Diabetes Registry, a multicentre prospective study looking at the effect of drug treatments and lifestyle on the lifespan of patients with type 2 diabetes.

They each filled in a 58-item food and drink questionnaire, which included questions on how much green tea and coffee they drank every day. And they provided background information on lifestyle factors, such as regular exercise, smoking, alcohol consumption and nightly hours of sleep.

Measurements of height, weight and blood pressure were also taken, as were blood and urine samples to check for potential underlying risk factors.

Compared with those who drank neither beverage, those who drank one or both had lower odds of dying from any cause, with the lowest odds associated with drinking higher quantities of both green tea and coffee.

This is an observational study, and as such, can’t establish cause. And the researchers point to several caveats, including the reliance on subjective assessments of the quantities of green tea and coffee drunk.

Nor was any information gathered on other potentially influential factors, such as household income and educational attainment. And the green tea available in Japan may not be the same as that found elsewhere, they add.

The biology behind these observations isn’t fully understood, explain the researchers. Green tea contains several antioxidant and anti-inflammatory compounds, including phenols and theanine, as well as caffeine.

Coffee also contains numerous bioactive components, including phenols. As well as its potentially harmful effects on the circulatory system, caffeine is thought to alter insulin production and sensitivity.

“This prospective cohort study demonstrated that greater consumption of green tea and coffee was significantly associated with reduced all-cause mortality: the effects may be additive,” the researchers conclude.

Materials provided by BMJ. Note: Content may be edited for style and length.

The Paradoxical Secret to Finding Meaning in Life