God didn’t create man. Man is a natural consequence of and from and following in sequence to the appearance of God.

Let us start at the beginning.

In the beginning there was nothing. Absolute void. Out of nothing came something. That something is what we call God. The uncaused cause; Something out of nothing.

‘I AM’ is the answer, the self awareness, for an answer to exist; first there must have been a question. The question was ‘AM I?’. As soon as the question was thought, the answer was known..’I AM’. And here is the creation maybe of what we call God, the uncaused cause.

At this moment of God’s self awareness, in a flash of an eye, the whole universe was made. Because like a sequence of events, a line of dominoes, a chain reaction – the question ‘AM I?” expands into and onto the natural consequence.

The ‘I am’ on it’s own is still very much a nothing nevertheless, because it is just a dot in space and time. A dot in the void. It may know that it exists, but where does it exist?  .

Where is one? Where is this something – the first creation be it before thought was thought. It is nowhere for it only exists in its own mind but it does not know where it is or who it is. It has no mirror to see it self. It has no need to hear itself. It is not aware that it lives in a universe for it is not aware of the universe because it is the universe; it is everything that was created from the zero. – yet at this point, it lacks depth.

We may all know we exist in your own minds, but better still when another person acknowledges us – the not only do we know we exist, but we really do know we exist because we have been confirmed.

So, it is natural for God to be confirmed as to ask ‘Am I?’ and to understand ‘I am’, the corollary is ‘’I am acknowledged’ – and hence we, the creation man are born. Born from thought, as a natural consequence of God.

We are not created by God but instead, we are created with God to confirm God to enable God to exist and in doing so having ourselves exist. In a sense therefore, we, man, are just as much needed for God to exist as God is needed for us to exist.

A famous philosopher once wrote, ‘If God did not exist, man would find it necessary to create one’.

Man is made in God’s image, I say, man is made so God can have an image.

Consider dropping a pebble into a still pool of water. At the instant the pebble breaks the calm surface of the water, ripples of ever increasing circles radiate out as a consequence of that particular cause.

‘Am I?’ is the cause, and our, man, existence is the first ring of the ripples of ever increasing circles. We, man, therefore ‘just are’ – as a natural consequence of and from and following in sequence to the appearance of God.

Why did God create Man? If Man did not exist, God would find it necessary to create one.

This is how I understand it and believe it to be. I must however, make note that with this thread of thought running through other philosophical quests, a vast paradigm shift is required. A consequence of us, man, existing because God exists but not because God created us, leans towards a beautiful understanding of the next question most people ask – What is our purpose?’ lol.

I will leave that for another day.

When people use the words, ‘energy shift’, find out what they really mean! 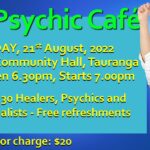