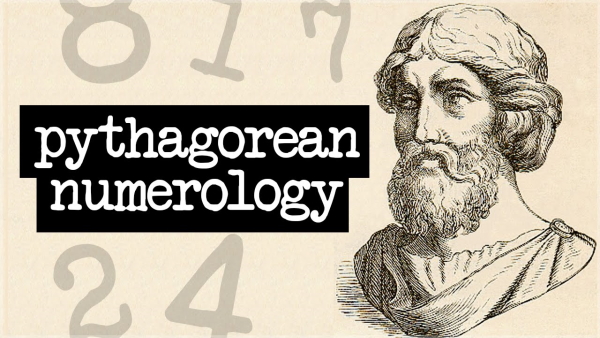 Monad – 1 – is so called because it remains always in the same condition – that is, separate from multitude. Its attributes are as follows: It is called mind, because mind is stable and has pre-eminence; hermaphrodism, because it is both male and female; odd and even, for being added to the even it makes it odd, and to the odd, even; God, because it is the beginning and the end of all, but itself has neither beginning nor end; good, for such is the nature of God; the receptacle of matter, because it produces the duad, which is essentially material.

By the Pythagoreans monad was called chaos, obscurity, chasm, Tartarus, Styx, abyss, Lethe, Atlas, Morphos (a name for Venus), and Tower or Throne of Jupiter, because of the great power that abides in the centre of the universe and controls the circular motion of the planets about itself. Monad is also called germinal reason, because it is the origin of all the thoughts in the universe. Other names given to it were: Apollo, because of its relation to the sun; Prometheus, because he brought man light; Pyralios, one who exists in fire; garniture, because without it no number can exist; substance, because substance is primary; cause of truth; and constitution of symphony: all these because it is the primordial one.

Between greater and lesser the monad is equal; between intention and remission it is middle; in multitude it is mean; and in time it is now, because eternity knows neither past nor future. It is called Jupiter, because he is Father and head of the gods; Vesta, the fire of the home, because it is located in the midst of the universe  and remains there inclining to no side as a dot in a circle; form, because it circumscribes, comprehends, and terminates; love, concord, and piety, because it is indivisible. Other symbolic names for the monad are ship, chariot, Proteus (a god capable of changing his form), Memosyne, and Polyonymous (having many names).

The following symbolic names given to the duad – 2 – because it has been divided, and is two rather than one; and when there is two, each is opposed to the other; genius, evil, darkness, inequality, movability, boldness, fortitude, contention, matter, dissimilarity, partition between multitude and monad, defect, shapelessness, indefiniteness, indeterminateness, harmony, tolerance, root, feet of fountain-abounding idea, top, Phanes, opinion, fallacy, alterity, diffidence, impulse, death, motion, generation, mutation, division, longitude, augmentation, composition, misfortune, sustentation, imposition, marriage, soul and science.

It was called ‘Audacity,’ from its being the earliest number to separate itself from the Divine One; from the “Adytum of God-nourished Silence,’ as the Chaldean oracles say.

As the Monad is the father, so the duad is the Mother; therefore duad has certain points in common with the Goddess Isis, Rhea (Jove’s mother), Phrygia, Lydia, Dindymene (Cybele), and Ceres; Erato (one of the Muses); Diana, because the moon is forked; Dictynna, Venus, Dione, Cytherea: Juno, because she is both wife and sister of Jupiter; and Maia, the mother of Mercury.

The Pythagoreans revered the monad but despised the duad, because it was the symbol of polarity. By the power of the duad the deep was created in contradistinction to the heavens. The deep mirrored the heavens and became the symbol of illusion, for the below was merely a reflection of the above. The below was called Maya, the illusion, the sea, the Great Void, and to symbolise it the Magi of Persia carried mirrors. From the duad arose disputes and contentions, until by bringing the monad between the duad, equilibrium was re-established by the Saviour-God, who took upon Himself the form of a number and was crucified between two thieves for the sins of men.

The triad – 3 – is the first number actually odd (monad not always being considered a number). It is the first equilibrium of unities; therefore, Pythagoras said that Apollo gave oracles from a tripod, advised offer of liberation three times. The keywords to the qualities of the triad are friendship, peace, justice, prudence, piety, tempere4nce, and virtue. The following deities partake of the principles of the triad: Saturn (ruler of time), Latona, Cornucopiae, Ophion (the great serpent), Thetis, Hecate, Polyhymnia (a Muse), Pluto, Triton, President of the Sea, Tritogenia, Achelous, and the Fates, Furies, and the Graces. This number is called wisdom, because men organise the present. Foresee the future, and benefit by experiences of the past. It is caused of wisdom and understanding. The triad is the number of knowledge – music, geometry, and astronomy, and the science of the celestials and terrestrials. Pythagoras that the cube of this number had the power of the lunar circle.

The sacredness of the triad and its symbol – the triangle – is derived from that fact that it is made up of the monad and the duad. The monad is the symbol, of the Dive Father and the duad of the Great Mother. The triad being made of these two is therefore androgynous and is symbolic of the fact that God gave birth to His worlds out of Himself, who in His creative aspect is always symbolised by the triangle. The monad passing into the duad was thus capable of becoming the parent of progeny, for the duad was the womb of Meru, within which the world was incubated within which it still exists in embryo.

The tetrad – 4 – was esteemed by the Pythagoreans as the primordial number, the root of all things, the fountain of Nature and the most perfect number. All tetrads are intellectual; they have an emergent order and encircle the world as the Empyreum passes through it. Why the Pythagoreans expressed God as a tetrad is explained in a sacred discourse ascribed to Pythagoras, wherein God is called the Number of numbers. This is because the Dacad, or 10, is composed of 1,2,3 and 4. the number 4 is symbolic of God because it is symbolic of the first four numbers. Moreover, the tetrad is the centre of the week, being half way between one and seven. The tetrad is also the first geometric solid.

Pythagoras maintained that the soul of man consists of a tetrad, the four powers of the soul being mind, science, opinion and sense. The tetrad connects all beings, elements, numbers, and seasons; nor can anything be named which does not depend on the tetractys. It is the Cause and maker of all things, the intelligible God, Author of celestial and sensible good. Plutarch interprets this tetractys, which he said was also called the world, to be 36, consisting of the first four odd numbers added to the first four even numbers, thus:

Keywords given to the tetrad are impetuosity, strength, virility, two-mothered, and the keeper of nature, because the universal constitution cannot be without it. It is also called harmony and the first profundity. The following deities partook of the nature of the tetrad: Hercules, Mercury, Vulcan, Bacchus, and Urania (one of the Muses).

10 Tips For Anyone Who Loves Someone With Anxiety