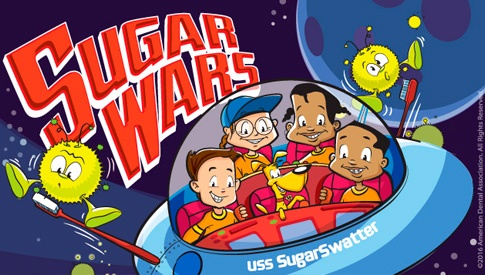 Have the ill effects of sugar been over-emphasized?

Over the past 50 years researchers, clinicians, professional organizations, and health charities have waged war on sugar, calling for dietary recommendations to be changed and for a sugar tax on soft drinks and sweet treats in an effort to reduce obesity and cardiovascular diseases. In 2014, the WHO recommended that adults and children reduce their daily intake of free sugars to less than ten percent of their total energy intake. But could the war on sugar be bad for your health? Experts present the arguments both for and against sugar in this hotly contested debate on the “Sugar Wars” published in Progress in Cardiovascular Diseases.

In his article, Edward Archer, PhD, of EvolvingFX, Jupiter, FL, USA, challenged the latest dietary recommendations and presented evidence from multiple domains to show that “diet” is a necessary but trivial factor in metabolic health. “Anti-sugar rhetoric is simply diet-centric disease-mongering engendered by physiologic illiteracy,” he wrote. “My position is that dietary sugars are not responsible for obesity or metabolic diseases and that the consumption of simple sugars and sugar-polymers (e.g., starches) up to 75 percent of total daily caloric intake is innocuous in healthy individuals.”

In defense of sugar, Dr. Archer argues that:

In a Letter to the Editor, James J. DiNicolantonio, PharmD, and James H. O’Keefe, MD, of the Department of Preventive Cardiology, Saint Luke’s Mid America Heart Institute, Kansas City, MI, USA, provide strong criticisms to Dr. Archer’s positions by arguing that dietary sugar (either glucose, sucrose, or high-fructose corn syrup) is not necessary for life, and that humans did not consume refined sucrose or high fructose corn syrup throughout most of their evolution.

“The truth is you really can’t outrun a bad diet, especially when it comes to overconsuming refined sugar. While it’s true that exercise may reduce the risk of obesity from overconsuming refined sugar, it doesn’t prevent dental cavities, inflammation of the gums, or inflammation that occurs in the intestine, liver, and kidneys when the body processes large amounts of sugar,” say Dr. DiNicolantonio and Dr. O’Keefe. “Healthy populations that consume fairly high amounts of raw honey who also live hunter-gatherer lifestyles should not be used as an example to give an industrialized sedentary population an excuse to overconsume refined sugar. Importantly, raw honey is not the same as refined sugar.”

In his rebuttal, Dr. Archer reasserts that obesity and metabolic diseases are caused by the confluence of physical inactivity and non-genetic evolutionary processes over many generations. He points out that by the late 1940s, both the life- and health-spans in the USA had increased dramatically despite half of all infants being reared on infant formula — a 100 percent artificial/synthetic product containing around 40 percent of calories from added sugars (e.g., lactose, sucrose, glucose, fructose, and/or corn syrup). He concludes: “It is time for the medical and scientific communities to return to their roots, eschew magical and miraculous thinking, and demonstrate a modicum of skepticism by refuting the illiterate nonsense and puritanical proscriptions engendered by diet-centrism.”

In an accompanying Editorial, Carl J. “Chip” Lavie, MD, FACC, FACP, FCCP, of the Ochsner Clinical School, The University of Queensland School of Medicine, New Orleans, LA, USA, and Editor of Progress in Cardiovascular Diseases, states his personal belief that the ill effects of sugar have been over-emphasized by scientists and, especially, by the media. “Most sedentary people who are gaining weight and/or have high glucose and/or triglycerides should limit their carbohydrates and, especially, simple sugars, but for lean physically active individuals without these characteristics, sugars and carbohydrates are not toxic and, in fact, are probably helpful.” Dr. Lavie, however, feels it is important to have the scientists discuss opposing viewpoints in the journal.

Materials provided by Elsevier. Note: Content may be edited for style and length.

We’re in danger of drowning in a coronavirus ‘infodemic’. Here’s how we can cut through the noise