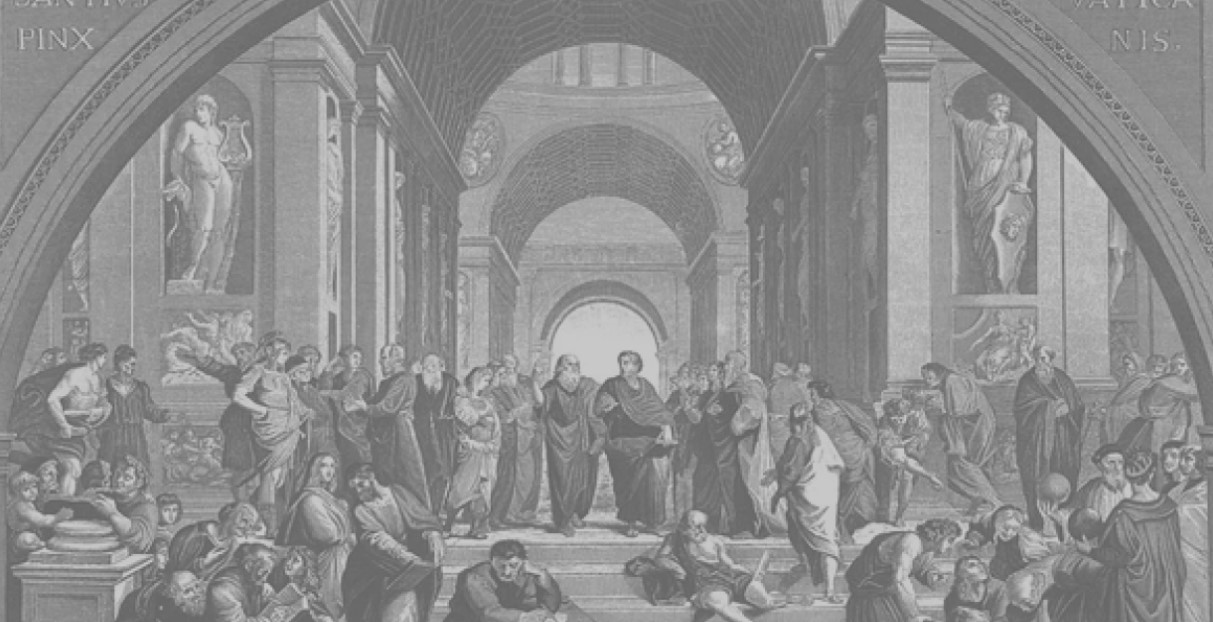 You’re already a philosopher—“all you need is an enquiring mind.”

Philosophy is one of the most accessible ways of arriving at knowledge. You need no formal training to begin—all you need is an enquiring mind.

The Philosophy: Heraclitus famously said, “You can’t step into the same river twice.” By this he meant that the world is in a constant state of flux. Nothing is permanent, everything is in motion, the only constant is change itself.

The Lesson: Let go of a past that no longer serves you. If you feel anxious, weighed down by expectation, or burdened with past failures, then take a deep breath and step outside. You’ve never breathed this air before. Each moment is wonderfully new and saturated with possibilities.

The Philosophy: Siddhārtha Gautama began his life as a privileged and sheltered prince who, during a carriage ride through his city, saw aging, disease, suffering, and death for the first time. Horrified, this wealthy prince renounced his birthright and embarked on a spiritual journey towards enlightenment that would leave a powerful legacy. In so doing, he became Buddha (teacher).

The Lesson: Siddhārtha Gautama’s life and teachings contain many lessons. Distilling these to a single lesson leads to the following: Life contains much suffering, and this suffering comes from attachment and desire.

Materialistic and shallow existence, in which we attach ourselves to objects and desire short-term gratification, does not lead ultimately to either wisdom or fulfillment. To reach enlightenment you must avoid vacuousness and vanity and focus instead on mindful, meditative practice. Calming the chatter of a busy modern mind is not easy, but it is the first step on the road to understanding the meaning of life.

The Philosophy: Socrates was famous for his style of argument, now known as the Socratic method, which began by selecting a matter most people held to be true without much contemplation.

Socrates would lead a discussion in which his subject was analyzed and unpacked until his interlocutors doubted everything that they once thought they knew. Despite this unnerving mode of interaction, Socrates remained intellectually humble and famously said “the only thing I know is that I know nothing.” He approached all his encounters with a sharp mind but a humble attitude, and never shied away from a difficult conversation.

The Lesson: Always encounter those who disagree with you with respect. Ask probing, thoughtful questions about their position, and remain conscious of the fact that you may not have all the answers yourself. By approaching each interaction with humility and a willingness to engage with those who do not agree with you, you are opening yourself up to new and valuable insights.

The Philosophy: Descartes wrote perhaps the most famous philosophical statement ever made: Cogito ergo sum—I think therefore I am. This simple but powerful statement has reverberated down the centuries, permeating academic philosophy and popular culture. (It even features in a recent Billie Eilish song!)

The Lesson: The world is filled with uncertainty. There are many social, cultural, and historical structures that affect our ability to come to know truths about external reality. The one thing we can know, simply by virtue of introspection, is that we exist.

Whatever else may be uncertain, we can be sure of our own existence purely by being aware of our own thoughts. By taking this awareness of our own existence as foundational, we can construct the rest of our belief systems upon it. The lesson here is to trust yourself, to be true to yourself, and to hold fast to your convictions. The only thing of which you can be certain is yourself. In a turbulent world let your thoughts and your ability to decide what matters to you be your center of gravity.

The Philosophy: Kant is a philosophical giant of the modern period, making it difficult to choose just one lesson. In a particularly pertinent passage, however, lies a beautiful and powerful idea. Kant wrote: “Two things fill my mind with ever new and increasing admiration and awe, the more often and steadily we reflect upon them: the starry heavens above me and the moral law within me.”

The Lesson: Human beings are rational, contemplative, and intelligent beings who are distinguished from the rest of the natural world by two characteristics. The first of these is our burning curiosity about the physical world. Through our love of learning and our passion for exploration, we have been able to leave our planet and explore the stars. The second aspect of human nature that makes us unique is our firm commitment to living a moral life.

Human beings have a distinct sense of right and wrong; we care greatly about discerning and doing that which is right and good. These two unique and precious features of human nature are what make us special.

The Philosophy: Simone de Beauvoir lived a wild and unconventional life with her life partner Jean-Paul Sartre. Her feminist literature and philosophy were pioneering. She famously wrote: “One is not born but becomes a woman.”

The Lesson: This is generally understood to be a very early articulation of the distinction between biological sex and gender. Womanhood and its attendant stereotypes are constructed and determined by history, culture, and society. The important lesson in her philosophy is as follows: Women are as capable of choice as men, and can therefore choose to elevate themselves, moving past the “immanence” to which they were once resigned to reach “transcendence.”

By transcendence, she meant a position where one takes responsibility for oneself and the world, and where one is able to choose one’s freedom. Women can, and should, empower themselves to transcend the oppressive restrictions placed on them by a patriarchal society.